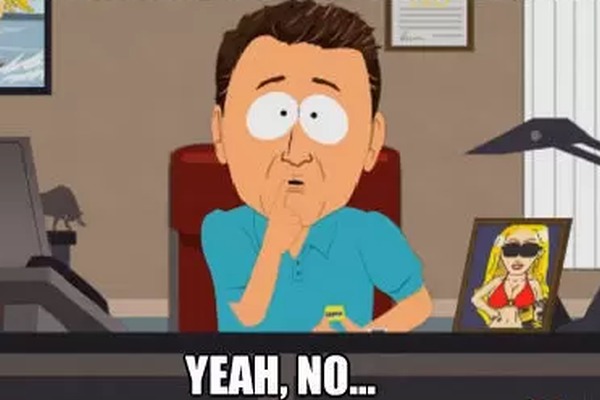 The Digital Industry Group has defended its Disinformation Code in the face of fierce criticism from Reset Australia, which dubbed the code ‘both pointless and shameless’.

The long awaited Australian Code of Practice on Disinformation and Misinformation was launched last week by the Digital Industry Group (Digi), which represents players including Google, Facebook, Twitter and Redbubble.

It’s designed to help address the spread of misinformation on digital platforms in Australia. But the voluntary code, which has been adopted by Twitter, Google, Facebook, Microsoft, Redbubble and TikTok, was quickly slammed by the local affiliate of Reset, which dubs itself ‘a global initiative to counter digital threats to democracy’.

Chris Cooper, Reset Australia executive director, says: “This limp, toothless, opt-in code of practice is both pointless and shameless. It does nothing but reinforce the arrogance of giants like Facebook.

“This code attempts to suggest it can help ‘empower consumers to make better informed choices’ when the real problem is the algorithms used by Facebook and others actively promote disinformation, because that’s what keeps users engaged,” Cooper says.

He says that means any voluntary, opt-in code is inherently untrustworthy because it is not in the business interest of platforms to take real action on misinformation.

Sunita Bose, Digital Industry Group managing director, told iStart the code, much of which formalises existing practices, is a timely response to a complex issue of public concern, in light of the pandemic, and provides a public, consistent and transparent framework for addressing highly complex problems.

“The code has mandatory commitments where every company that adopts it agrees to safeguards to protect Australians from harmful misinformation online.

“That includes publishing and implementing policies on their approach, providing a way for their users to report content that may violate those policies and implementing a range of scalable measures that reduce its spread and visibility online.”

Those measures will vary depending on the digital service the signatory provides, with the code providing suggestions such as content removal, content labelling, restriction of ‘inauthentic’ accounts and behaviours, partnerships with fact-checking organisations, and technology to help people check the authenticity of digital content.

Companies adopting the code will be required to provide annual transparency reports about those safeguards, with the first set of reports due in May.

“In addition to those mandatory commitments, the code also offers some additional commitments that companies can choose if they’re relevant to their business,” Bose says.

“The laughable thing about this code is that even if platforms choose to opt in, they can choose which provisions they have to follow. And then if it starts hurting their bottom line, all the have to do is pull out.

“This is a regulatory regime that would be laughed out of town if suggested by any other major industry.”

Reset Australia, which was involved in the consultation process for the code, is calling for an independent public regulator with the power to inspect and audit algorithms and issue fines and penalties, saying it is ‘ludicrous to have the peak body for Big Tech regulating itself’.

“There is zero reason we can’t proceed to this level of regulation in line with other industries,” Cooper says.

However, Bose points out that voluntary codes of practice and self-regulation are used in a range of industries, including media and advertising.

“Self or co-regulatory codes provide more flexibility than legislation as they can be updated and amended more easily, which is advantageous in the context of the technology industry which is fast moving,” she says.

The code will be reviewed in a year, and the Australian Communications and Media Authority (ACMA) will be reporting on its effectiveness to the Government in June.

The Australian Government asked the digital industry to develop a voluntary code of practice on disinformation in December 2019. Bose says there was ‘thorough’ consultation with government, issue experts and the public, with Digi also working with academics at University of Technology Sydney and civil society First Draft.

A draft version of the code, released last October, was criticised by the ACMA for its lack of specific measures or targets. Those concerns seemed to have been put on the backburner with the ACMA ‘welcoming’ the new code last week.

Nerida O’Loughlin, ACMA chair, says the code was a ‘flexible and proportionate approach’ approach to dealing with mis- and disinformation.

“The Code anticipates platforms’ actions will be graduated and proportionate to the risk of harm. This will assist them to strike an appropriate balance between dealing with troublesome content and the right to freedom of speech and expression,” O’Loughlin says.

The EU has had a voluntary Code of Practice on Disinformation since 2018, but there have been calls for a move to mandatory regulation. A 2020 review of the EU code found that while its aims and activities were highly relevant and it had produced positive results, there were issues around its self-regulatory nature, the lack of uniformity of implementation and the lack of clarity around its scope.

Bose says Digi drew on learnings from the EU code.

Communications Minister Paul Fletcher, says the government will be watching carefully to see if the code is effective. He says the ACMA’s June feedback will guide the Morrison government on whether further action is required.