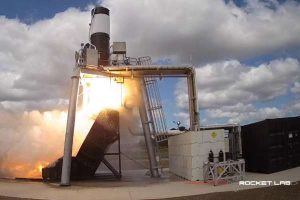 ‘Yeah nah we’ve got room in the boot, chuck her in, she’ll be right no worries, cheers’…

ANZAC space industry collaboration got a boost this week with news Australian IoT start-up Fleet Space Technologies will have its first satellites in orbit later this month after joining Rocket Lab’s payload manifest for its next launch.

The two Fleet satellites will form the foundation of a global IoT communications constellation planned by Adelaide-based Fleet Space Technologies. Two larger satellites are set to be launched in late 2018.

“This rapid turnaround time is what the space industry really needs now.”

When combined with Fleet’s ground terminal – dubbed The Portal – the constellation, which will eventually include more than 100 satellites, will enable connectivity in remote industries where cellular networks are not present.

The launch of the two ‘Proxima’ low-cost nanosatellites (roughly the size of a shoebox and weighing less than 10kg) are the first scheduled launch of commercial CubeSats by an Australian company and will join four other satellites and a technology demonstrator launching inside Rocket Lab’s new ‘Maxwell’ satellite dispensers.

News of the launch comes just weeks after the launch of CSIRO’s Space Roadmap which outlined plans to grow Australia’s domestic space industry to AU$12 billion by 2030. The charter for the newly formed Australian Space Agency was launched earlier this week, setting out the exact role of the agency in those plans.

The November launch timeframe – with a nine-day LC-2 launch window from November 11 – is the first for Rocket Lab since it stood down a launch attempt for the ‘It’s Business Time’ mission back in June after ‘unusual’ behaviour was identified in a motor controller during pre-launch operations. Rocket Lab says the controllers have now been modified.

Rocket Lab says it has used a rapid manifesting process, offering ‘flexible and frequent launch opportunities’, to manifest the Fleet payloads, with just weeks passing between signing the agreement and the satellites completing integration for launch.

One might imagine a nice bit of ANZAC co-operation from Beck: ‘Yeah nah we’ve got space in the boot chuck her in, she’ll be right no worries, cheers’.

“We will be in space less than a few months after making the decision to join the mission,” Tata Nardini says. “This rapid turnaround time is what the space industry really needs now.”

The launch of Fleet’s Proxima satellites is the first commercial test of the company’s software-defined radios which will transmit across S-band and L-band frequencies. The launch will also enable Fleet to test longwave and shortwave band frequencies.

“To see our first commercial CubeSats launched is an incredibly important milestone for us as a business, and it sets us on the path to achieving our goal of connecting Australia, and the world, in ways like never before,” Tata Nardini says.

The privately-held Rocket Lab burst onto the scene early this year, launching and deploying its first successful consignment, the Humanity Star – a highly reflective satellite designed as an art piece to ‘be a bright symbol and reminder to all on Earth about our fragile place in the universe’.

The ‘It’s Business Time’ mission launch is one of two back-to-back missions, with the ELaNA XIX NASA mission scheduled to launch in December. The NASA CubeSats will conduct a variety of new, on-orbit science, including measuring radiation in the Van Allen belts to understand their impact on spacecraft, and monitoring space weather.

“This year has been about scaling our team, facilities and processes to enable reliable, high frequency Electron launches to orbit,” Beck said after recently unveiling the companies new expansive rocket factory in Auckland.

“The ability to build and test multiple vehicles, while operating concurrent launch campaigns, strongly positions Rocket Lab as the industry leader opening access to space for small satellites,” he says.