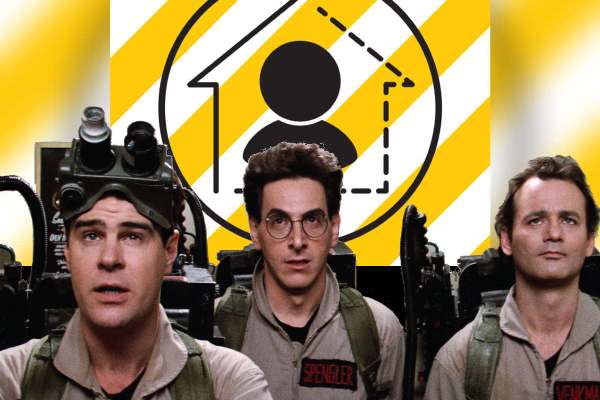 The spectre of new laws to ensure contact tracing apps are used only for health purposes has been raised by Government Services minister Stuart Robert, as Australia moves closer to its own Covid Trace app.

Robert alluded to the potential of regulation during an interview with Sky News’ AM Agenda yesterday, saying the intention of the app was for it to only be available for health authorities and discussions were underway around legislation to regulate that.

“Both our health and our privacy can be protected if we are careful.”

Contact tracing is widely regarded as one of the key pillars, along with rigorous testing, to enable societies to move out of stringent lockdowns and begin to get economies moving again. The apps move contact tracing away from relying entirely on the memory of infected people to recall to Australia’s 7,000 contact tracers where they were and who they have had contact with.

Even more crucially, as restrictions are relaxed and we begin moving around more, particularly down to level two and beyond, contact tracing apps hold the potential to establish connections to people who we don’t know personally, but who we may have been in contact with. Examples might be standing in line at the supermarket, or, in some distant nirvana, in a conference, on public transport or (somewhere in that promised future) at a rock concert or cinema.

Australia’s contact tracing app, which is being developed with the private sector reportedly using code from Singapore’s TraceTogether app, is expected to be released soon. Government Services Minister Stuart Robert was forced to re-confirm the use of the app will be voluntary, after Deputy chief medical officer Paul Kelly said last week that ‘we start with voluntary and see how that goes’.

Roberts has previously said at least 40 percent of Australians would need to use it to make it effective.

But the mixed messages about whether it will be voluntary or not – and the need to achieve the 40 percent usage – has brought out the privacy advocates in force.

Graham Greenleaf, professor of Law and Information Systems and UNSW Law, says the app must not be ‘pseudo-voluntary’.

“Even if it is not made mandatory by law, it may be that government strategies will make its use compulsory in effect,” Greenleaf says. “‘Use it or stay home’ is not the same as voluntary. Use of the proposed contact tracing app cannot be safely regarded as voluntary until pseudo-voluntary compliance is made illegal.”

“The Law Council believes that both our health and our privacy can be protected if we are careful and there must be a balance between legitimate efforts to protect public health and individuals’ right to privacy,” she says.

Wright says privacy protections must be built in, and there needs to be strict limits on what kind of data can be collected and what it can be used for, along with limits on how long data can be kept.

Across in NZ…
Meanwhile, across the Tasman, New Zealand’s government continues to keep its plans for any contact tracing technology close to its chest.

Next Tuesday, the country is due to exit level four lockdown – which has seen all bar essential services out of business for the past month. The move to Level three will enable construction, manufacturing, forestry and contactless retail to begin again – so long as companies can do so ‘safely’ and while maintaining social distancing. Social activity, however, remains locked down with cafes and restaurants and any gathering greater than 10 banned. Level three, which Prime Minister Jacinda Ardern admits remains highly restrictive, will remain in place for the entire country for at least two weeks before being reviewed again on 11 May.

New Zealand’s Director General of Health, Dr Ashley Bloomfield, says he’s expecting to deliver the ‘gold standard’ of contact tracing by the end of the week.

That, he defines, is being capable of tracking down 80 percent of the contacts of infected people within three days. It does not, it would seem, require a smartphone app or any personal tracking technology to deliver on that goal. Bloomfield has repeatedly assured the nation his Ministry’s contact tracing team can (now) do the job.

Instead, Ardern has repeated her suggestion that Kiwis keep ‘a written record’ of where they have been, when and with whom. Again, no suggestion that any personal technology will have a role to play.

Under repeated questioning through multiple media and political channels, including via the Epidemic Response Committee, neither Bloomfield nor Ardern have directly addressed whether development of a proximity-based contact tracing app has actually been, or will be, commissioned.

We might assume, therefore, that it is a potato too hot to handle and so not under serious consideration. While governments around the world, including in Australia, race to develop contact tracing apps, New Zealand appears to be holding firm on its belief that apps do not have a meaningful role in contact tracing services, and that human contact tracers, who now number 220 (that’s compared to around 7,000 in Australia) can do the job. Ardern says Singapore, whose TraceTogether app has repeatedly been held up as exemplar on the app front, ‘will be the first to admit it does not solve all your problems’. She cited accuracy as one issue for the apps, along with limited uptake.

Instead, Bloomfield’s ‘gold standard’ is heavily reliant not on technology (although the contact tracing team has now moved onto a digital platform – and into the 21st Century) but on human tracers doing phone and interview ‘forensic’ investigations into the movements of infected people. Ardern confirmed the government has already invested $15 million in contact tracing, with surge capacity for up to 300 FTEs and an additional $55 million put aside if needed.

Early last week, the Ministry of Health was unable to provide any indication of how long contact tracing is taking in New Zealand – where new infection cases are now numbering in the single figures per day. (In Australia, it’s taking a maximum of three days, according to Australia’s chief medical officer Brendan Murphy.)

Dr Ayesha Verrall’s independent audit of New Zealand contact tracing, completed 10 days ago, found that capacity was exceeded ‘on occasion’ even when case numbers were less than 100 per day, and called for an urgent expansion of the tracing team. She says the system needs to manage up to 1,000 cases per day while maintaining high performance. Bloomfield today noted that its current capacity is around 5,000 contacts (not cases) a day. The number of contacts per case will increase as New Zealand moves down the alert levels and Kiwis gain more freedom to move around and interact with others again.

Ardern’s calls for Kiwis to keep their own diaries to aid contact tracing follow comments last week which suggested some of the onus for tracing was likely to be pushed back onto businesses. Last week Finance Minister Grant Robertson told a Business NZ meeting that critical questions for business leaders as we look to reduce restrictions include whether they can build in contact tracing tools or mechanisms to keep close track of contacts between staff and customers.

Companies are already developing such apps off their own bat. Hawke’s Bay software company Webfox has developed an offering which allows people to check in to a business using their mobile phones rather than the pen and paper method the New Zealand government required in the days leading up to New Zealand’s level four lockdown a month ago.