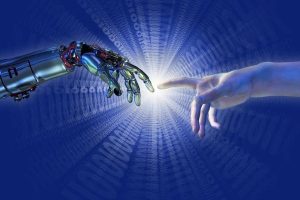 At its just-concluded Now Forum in Sydney, service management vendor ServiceNow said CIOs down under are at the forefront of new technology adoption. The local results of its ‘Global CIO Point of View’ study show 89 percent of antipodean technology leaders are either using, or planning to use, machine learning.

The survey of 500 Chief Information Officers (CIOs) from 11 countries around the world also showed that 57 percent of Australian CIOs rated their organisation’s use of machine learning as mature, based on assets deployed, employee skills, and the level of integration into businesses processes.

Australian machine learning maturity is the highest in the world, followed by Germany (51 percent) and significantly more than the global average (38 percent) and other countries including America (42 percent), the UK (39 percent) and Singapore (32 percent).

Asked why Australia (yes, and New Zealand) is leading the world in this field, ServiceNow chief innovation officer APJ Aps Chikhalikar said he believed it is driven by several factors. “There’s appetite for risk. The size and scale of Australian organisations is probably more suitable to the ability to embrace the ‘fail fast’ mentality, or approaches like starting small and experimenting. We’re seeing a lot of pilots in parts of organisations where projects can be contained locally and there is the ability to take the data scientist out of it, owing to a shortage of these skills in the region, and instead using packaged machine learning. So, while Australia is leading the charge, it is still contained in parts of organisations.”

Silicon Valley-based global ServiceNow CTO Allan Leinwand was also on hand; he said that in his travels and engagements with companies around the world, he is impressed with the advanced use of technology in Australia and New Zealand.

When iStart noted the high minimum wage, and wondered if this might be behind the drive to automation (Australia and New Zealand are both in the top 10 highest minimum wages in the world by most measures, with the former leading), Chikhalikar downplayed this factor.

In a statement, ServiceNow said its research reveals that Australian companies are implementing changes to organisational structures, processes and training to accommodate digital labour, such as redefining job descriptions to focus on work with intelligent machines. In fact, it said, Australian CIOs reported some of the highest levels of progress in adapting their businesses to take advantage of machine learning technology.

One third (32 percent) reported that they are developing machine learning capabilities by building capacity within specialised internal teams, the highest globally. In addition, 65 percent said they had already made changes to IT structures to accommodate machine learning, with 57 percent saying they had initiated company-wide organisational changes.

Other changes Australian CIOs report to have made to successfully integrate machine learning include: half (48 percent) have developed programs to expand employee skill sets, 46 percent have developed a roadmap for future process changes, and 43 percent have redefined job descriptions to focus on work with machines.

Two Kiwis were among a panel of ServiceNow customers discussing their use of the service management platform. Fonterra’s Jeff Gibson, Service Management manager, said the dairy co-op is in the early stages of machine learning within the vendor’s platform; similarly, David Pette, head of service assurance at Fletcher Building, confirmed that his organisation is assessing where and how machine learning can play a role. Reflecting comments made by Xero’s Sam Daish, Gibson said a sound approach with AI concepts like machine learning is to start small and demonstrate value prior to moving up the ladder and attempting to solve more meaty problems.

Engaging with Leinwand, who said ‘we can write great machine learning algorithms, but how does that translate to your business’ (ServiceNow packages machine learning into the current ‘Jakarta’ version of its platform), Gibson replied, “So what, right? The use case is what matters. If it can help us make better mozzarella, great, if it can take data to the right person in the right time zone, great. If, when we look at far offshore companies, if it can help analyse if we should keep them separate, or bring them into our systems, great. All that is done through data and if we have good data it can be done better.”

Machine learning, a subset of the catchall term artificial intelligence, is also at the very peak of Gartner’s Hype Cycle. That means among the early adopters, there will be bloody noses to come. Already, local businesses are hitting the barriers to successful integration of machine learning into their environments, noted ServiceNow’s research. It said CIOs have encountered several challenges that must be overcome to maximise the value machine learning can deliver:

Australian CIOs are struggling with these challenges more than their global peers are. “As trail-blazers, this is being met equally with challenges. This may reflect the fact that CIOs have adopted and implemented the technology faster than elsewhere, meaning they are more aware of the practical challenges that must be overcome, compared to global peers,” noted ServiceNow ANZ MD David Oakley.