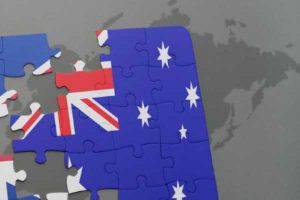 On the back of a study which surveyed 225 respondents from organisations across Australia, service management vendor ServiceNow reckons the country is at the forefront of cloud adoption and DevOps compared to other countries surveyed. As a result, the company said the cloud hype is living up to reality down under, that DevOps leads the charge for a cloud-first world and that a cloud-first world demands new skills sets.

The other countries surveyed are the US, UK, Singapore, Germany, France and the Netherlands; ServiceNow’s ‘Cloud Computing Tipping Point’ study surveyed 1,850 mid to senior managers evenly split among IT, line-of-business management and DevOps in large organisations, to obtain their insights on how they build, deploy and manage their services.

“For years, we’ve talked about an enterprise shift from traditional data centre computing to cloud computing and this research confirms that business reality has caught up,” said David Oakley, Managing Director, ANZ, ServiceNow in a statement. “Looking forward, cloud-first consumption will continue to accelerate at a break-neck speed with Australian organisations leading the way globally.”

Among the findings are that 69 percent of Australian respondents would choose cloud – software as a service or platform as a service – for new business applications as the platform of choice over on-premises data centres, compared to 52 percent globally. Further, 75 percent said they would complete the shift within two years (against 77 percent globally).

On DevOps spearheading the charge to a cloud-first world, nearly every Australian respondent (96 percent) said they are involved in some way with the DevOps movement, close to the 94 percent globally; 81 percent said the rise of DevOps is a major factor driving the move to cloud-first, compared to 76 percent globally.

“The research points to the evolution of DevOps from counter-culture to mainstream with its philosophy co-opting the IT department,” said Oakley. “Cloud and DevOps have risen together with a shared dominant future.”

As for the cloud-first world demanding new IT skill sets, ServiceNow’s study showed that almost all Australian (98 percent) companies which have shifted to a cloud-first model said their current IT staff lacked the required skillsets to help them make this shift (89 percent globally). Further, 91 percent feel cloud could be a replacement for a formal IT department at least some of the time (88 percent globally).

Yet, while IT is in danger of becoming obsolete or marginalised in this new order, there were two data points that showed a silver lining in Australia. Over half (58 percent) said the cloud shift raised IT’s relevancy to the business (72 percent globally), and 72 percent said IT will be completely essential in the future (68 percent globally).

“Cloud-first truly is the way forward for Australian enterprises,” said Oakley. “Amidst the cloud-first shift, there are some ominous signs for IT if there’s no change. However, we believe this presents a genuine opportunity for visionary IT organisations and teams who can become strategic partners to enterprises during this time of change.”

The cloud-first shift, ServiceNow continued, has likely consequences for IT departments, including the possibility of obstruction of IT visibility and cost predictions. Survey respondents said two top priorities in the cloud shift were achieving 360-degree visibility (80 percent) and predicting the cost of computing (78 percent).

IT must have full visibility of the organisation’s compute environment, including all cloud-based services and applications, said ServiceNow. ‘The hybrid IT architecture presents new challenges that IT did not have to contend with when everything was based in the data centre. Consolidating business data enables IT to more effectively manage demand, understand compute costs, utilise cloud- and on-premises-based resources, execute on projects, ensure regulatory compliance, and manage business relationships.’

The rise of DevOps, said the vendor, means more of the enterprise will be playing in IT’s backyard. ‘IT teams will be seeing more business app projects coming from the bottom up, and will need to enable LOB with greater tools to code.  At the same time, they’ll need to maintain control of their enterprise environment – for security and compliance for example. They’ll need to delegate development to a growing legion of employees with DevOps skills.’

And finally, ServiceNow said cloud growth means cloud sprawl. ‘Implementing more agile cloud management policies and best practices will be critical. Companies must deal with more vendors, and those vendors will come and go more quickly than they may be accustomed to. That means Service Integration and Management (SIAM) and vendor management will become more important. A contract with one vendor may not be appropriate with others.’