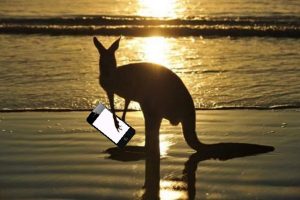 A “could do better” report card?…

The Australian government is coming under criticism after the release of what many are calling an underwhelming digital economy strategy document, ‘Australia’s Tech Future’.

The report examines 150 existing programs, policies and strategies that contribute to achieving the government’s digital transformation vision, detailing how Australia could capitalise on the emerging digital economy.

In the people category, the report highlights a need to improve labour market information to keep pace with in-demand skills. Equitable access to technology is also a key people focus. The report suggests that digital services need to remain affordable and that rural and remote participation through infrastructure such as the NBN is a priority.

The services area covers digital government, discussing how technology can make government more accessible. In the digital assets space, infrastructure such as NBN and 5G is central to enabling other strategic areas identified in the report. Hinting at the growing fallout around Huawei, security is also talked up as an issue for 5G and the NBN.

But there’s already been criticism of the report with some it provides little in the way of recommending specific direction. While the report does include case studies of initiatives already underway, they are mostly drawn from the earlier innovation agenda document released back in December 2015.

With 2019 being an election year, the digital economy is set to become a contentious election issue. This has not escaped the attention of the report’s authors, and the economic contributions of technology to the Australian economy are the first topics discussed in each of its sections. The report’s introduction kicks off by saying that “improvements to existing industries and growth of new ones could be worth $315 billion to the Australian economy over the next decade”.

While there is little doubt that tech is driving growth in Australia’s economy, critics argue that the devil is in the detail.

In the recent Digital Pulse 2018 report, Deloitte found that Australia’s ICT workforce had increased to 663,100 during 2017. The report says that demand for ICT workers will increase by an estimated 100,000 to 758,700 workers by 2023.  A crucial caveat figuring in these forecasts is Australia’s ICT skills shortage, a likely political hot potato during the election.

Deloitte says that growth will happen by “developing and attracting highly skilled ICT workers, and a policy environment that accelerates technology investment and digital business activity”. The reality is that attracting skilled migrants is the only realistic option for filling ICT talent gaps over the next four years, yet recent changes to immigration laws are hampering this.

In 2017, the Government abolished the Temporary Work (Skilled) 457 visa scheme, replacing it with a new Temporary Skilled Shortage visa scheme. In April last year, the government removed 216 occupations from the eligible categories for temporary skilled migration – many of which were ICT skills.

With jobs and the economy big issues in any election, the release of the strategy document and the growing amount of criticism surrounding it does not bode well in what is already a chaotic political environment.

Opposition politicians have been swift to condemn the report, particularly the way in which it was released. Ed Husic, the Labour Shadow minister for the Digital Economy, was critical of the lack of importance the government placed on the digital economy, saying “To sneak out a long-promised strategy within a breath of Christmas tells you how seriously the Coalition takes this issue.”

Shadow Communications Minister, Michelle Rowland also weighed in, saying that by “Releasing it – and its small business digital engagement plans – so late in the year suggests the government is more interested in ticking off a long-avoided item on its to-do list, as opposed to developing a serious strategy to drive the digital economy.”

The opposition is not alone in their critical stance. A 146-page Australian Senate committee report provides a scathing summary of the lack of progress and failures in the digital government space.  Amongst the fiascos in the Senate committee report are outages at the Australian Taxation Office, where operational difficulties forced an overhaul of outsourcing policies and practices. The Centrelink Robo Debt scandal was also a highly public digital government failure. The trans-Tasman e-invoicing initiative launched last October saw Governments on both sides of the Tasman kicking off a consultation phase for an e-invoicing standard that they said could deliver billions in business benefits. Critics argued that this was merely a case of reinventing the EDI wheel.

The Home Affairs agency also kicked off what they called the ‘single digital window’ through which they said all of Australia’s international trade would go through. The window was intended to be digital, automated and user-friendly. In January last year, a Charles Sturt University review concluded that “it does not yet seem that a compelling business case or financing model has been built, nor has a determination been made as to what an Australian Single Window for trade should be, in terms of scope and coverage. Indeed, there does not yet appear to be an ‘in principle’ determination to proceed with a Single Window and, certainly, no advanced thinking on the technical design or structure of a Single Window has been developed.“

The biggest dollar item referenced in the Australia’s Tech Future document is the much-maligned infrastructure white elephant that is the NBN network. Although the report notes that benefits are already flowing out of its rollout, problems persist.

Across the Tasman, unlimited gigabit data has become an affordable commodity for Kiwi homes and businesses thanks to the New Zealand government’s UFB Fibre optic roll-out. In Australia, the copper-based NBN continues to attract the ire of Australian homes and businesses, many of whom are sticking with legacy copper services. Consumers are now getting pushed off copper services in a bid to stimulate NBN uptake.