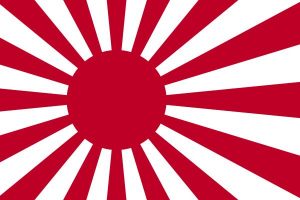 The ranks of the Australian IT services business are set to thin further with the proposed $349 million takeover of Canberra based ASG Group by Japan’s Nomura Research Institute. The deal, which has received the support of the ASG board, still needs to secure the support of shareholders in December, and the Foreign Investment Review Board.

If the deal goes ahead, which is widely expected, it will mark the second major Australian IT services company to fall to foreign ownership this year.

In March, CSC completed the $428 million takeover of UXC which was at the time Australia’s largest independent IT services company.

ASG is one of only a handful of major locally-owned IT services businesses left, along with companies including SMS Management & Technology, RXP and Data#3.

The 20-year old ASG has around 800 staff, dwarfed by the much larger Nomura which boasts about 10,000 people around the world. As part of the arrangement, ASG founder and CEO Geoff Lewis is being invited to remain with the company following the takeover.

With a swag of blue chip clients including Qantas, QBE and ANZ, along with State and Federal Government users, ASG focuses mainly on delivering ERP solutions, managed services and business analytics and is a partner with international technology giants such as Oracle and Symantec.

The company’s recently released annual report provided no hint that it was seeking a financial partner or buyer. Instead it revealed a healthy set of numbers with record revenues up 16 percent to $188 million, and EBITDA up 32 percent to $26.7 million.

While Nomura will inherit $2.9 million of debt, it also gets access to a stream of revenues from ASG’s cloud New World platforms. The annual report reveals that it already has $185 million of revenues locked in for 2017.

Not all IT services businesses are created equal, however, and this year’s reporting season has revealed a mixed bag of results for local listed IT services companies.