Australia’s CovidSafe app finds a true positive (just the one) 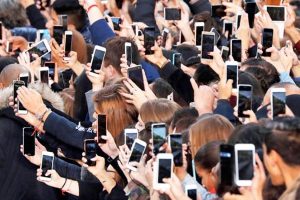 Almost a month since launch, Australia’s digital contact tracing app is up and running. Or is it?…

More than six million downloads later – and at a cost of AU$1.5m (plus $700,000 for data hosts Amazon) –  Australia’s digital contact tracing app has added a net total of one to extra contacts traced.

While the app is collecting and storing user data as we speak, actual usage of that data for real McCoy contact tracing by Australian health officials has faced some challenges.

What’s the hold up? No one’s saying, with health departments in NSW, Western Australia, Queensland and South Australia simply confirming that they have not been able to access data from the app.

Victoria is the only state that has managed to derive any functionality from the app.

As yet it’s unclear whether this is because of delays in agreements around operation policy and data usage, privacy issues or some other technical problem with the app.

“We are evaluating the use of the CovidSafe app,” said Dr Kerry Chant, NSW chief health officer, on Tuesday.

“We will be using it in every new case identified where there are potential contacts and we’ll update you on the utility of that, but there is a formal evaluation under way and we’re working closely with commonwealth colleagues.”

As it stands Victoria is the only state that has managed to derive any functionality from the app whatsoever, announcing today that it had logged its first coronavirus carrier who had the app downloaded on their phone, the first such use of the app in Australia.

By any measure it’s a poor result, especially given such strong public support for the app: According to the latest figures, around 44 percent of Australians have downloaded the app – around a million of whom did so in a matter of hours after launch – with a further 17 percent stating they plan to download it in the future.

While there’s no official statement around what degree of user penetration is actually required for the app to be effective, Prime Minister Scott Morrison is linking downloads to the easing of lockdown restrictions, stating that 40 percent uptake is required to make the project worthwhile.

“Overall, our data shows Australians are generally accepting of the use of government tracking technologies to combat the Covid-19 emergency,” says Simon J Dennis, University of Melbourne director of the Complex Human Data Hub.

“However, only time will tell how this translates to real-world uptake of the CovidSafe app.”

Whatever technical challenges are currently preventing Australian states from making use of CovidSafe, they’re just the latest in a string of issues. Recently revealed, a flaw that allows any nefarious actor with a suitable Bluetooth device to stop the CovidSafe app from running on devices in close proximity. An update has now been released (introducing new code from the United Kingdom’s NHS app), fixing that vulnerability and promising improvements in stability and security, in particular for Apple devices.

Based on Singapore’s TraceTogether app, the voluntary application uses Bluetooth to recognise other instances of the app in close proximity. If – and only if – contact with an infected person occurs, users of the app receive a call from a public health official urging them to get tested.

Because the app uses Bluetooth technology (radio waves that easily pass through walls, doors and glass) there is the potential for false positives to arise, especially in areas such as high-density housing. Manual follow ups from health officials to distinguish such false positives from legitimate ‘contacts’ are therefore necessary.

“Implementing a contact tracing app is a difficult task for our leaders and medical experts,” says Dinesh Kumar, professor of Electrical and Biomedical Engineering, RMIT University. “There are many unknowns making it impossible to predict the outcome.”

“The important thing is for people to not start taking risks just because they’ve downloaded CovidSafe.”

“And while the government pushes for more downloads and reopening the economy, ongoing reviews will be crucial to improving the app’s functionality.”

The true test of the app, of course, comes with the re-emergence of a wider community outbreak of the virus, a situation all Australians will be quite happy to avoid.

Across the ditch, New Zealand finally launched their ‘NZ Covid Tracer’ app this week. The app has been criticised for a lack of sophistication. It registers the user’s contact details and allows check-in at premises which have printed out the official QR Code. The user’s ‘digital diary’ can then be checked (by the user) if they need to for contact tracing purposes.