News > Behind the scenes with Inland Revenue’s transformation

Behind the scenes with Inland Revenue’s transformation 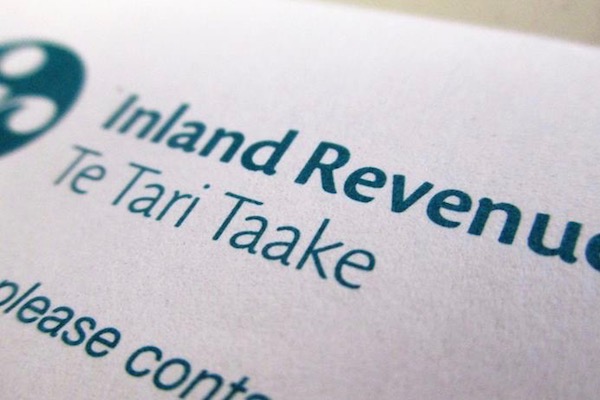 $1.5b programme laid bare to benefit other organisations…

New Zealand’s Inland Revenue has opened its books on its $1.5 billion transformation, which it says ‘was one of the largest and most ambitious programs of its kind in the Southern Hemisphere’.

That’s sparked interest from others, the government agency says – and prompted it to go public to ‘share the secrets of successful business transformation’ and ‘ensure that new transformation programmes get the chance to benefit from our experience’ – albeit without the benefit of a government chequebook.

“At first we focused on dollars or time saved, and as transformation progressed, we became more customer focused.”

The Business Transformation program closed on 30 June, when the old systems were fully decommissioned.

Inland Revenue admits they’ve had a ‘rare opportunity’ to not only create a modern digital revenue system that enabled customer self-service as much as possible, but to also review how the revenue system – which in 2019-2020 collected $78.2 billion in taxes – was administered. It’s a transformation that has extended to policy, process, technology and people capabilities, Inland Revenue says.

The New Zealand government agreed to invest in the transformation program the tune of $1.5 to $1.7 billion, in late 2015 – four years after work on setting the foundations for a business case had actually started.

The five-year, multi-stage project has seen Inland Revenue move off a Cobol mainframe system built in the late 1980s to technology from US-based Fast Enterprises for the core tax system, dubbed Start, with Oracle used for back office. SAS has supplied analytics capabilities.

Spark Revera was the data centre provider, with testing and quality assurance was provided by Assurity Consulting.

While the move of most customers from the old First system to the new system was completed early on, First remained the customer master until a later release, with First finally switched off in November 2021.

Software providers were transitioned to new APIs, the existing SAP payroll moved to cloud, and more than 400 applications were decommissioned or archived and a new identity management system deployed, among the myriad of projects.

“At first we focused on dollars or time saved, and as transformation progressed, we became more customer focused,” Inland Revenue says.

“Our focus then started to reflect the benefits of helping customers get it right from the start, rather than punishing them when they got it wrong.

“We were very aware of the need to design the benefits into both the vision and the delivery. If the design did not deliver benefits, it was not right. Delivering the benefits was essential for success and for paying for the programme.”

So too were having a clear roadmap of what would be delivered and when, and multi-year appropriation funding which meant time – and productivity – weren’t wasted moving money around or building the case for the next phase, and easing the ability to negotiate the best deals.

“When we submitted our business case there was a lot of concern that if the programme went off the rails, then there had to be a way to stop and exit the program,” Inland Revenue says. “This is why we use the term on/off ramps. In reality, a multi-year programme has no option to stop or exit. Once you start leaving it incomplete, it creates all sorts of other problems and generally increases your cost of co-existence.”

And of course, there’s the key aspect of putting the customer front and centre.
“By including our customers and stakeholders in the design and testing, we were able to put customer needs at the centre of our thinking. Over this time, we gained a deeper understanding of how customers behave and their likely reactions to changes.

“We organised ourselves around customer types and shifted to a ‘right from the start’ mindset.”

So was it worth it?

Among the financial benefits achieved for New Zealanders, Inland Revenue cites a $1.3 billion reduction in compliance costs to 2023/24 along with $495 million in savings and $2.88 billion in additional revenue.

On the non-financial side, it says benefits include making things easier for customers and increased resilience and agility.

Online service enable self-service for customers, routine transactions have been automated and the systems handle 50-60 percent more transactions with peak loads of up to 200 percent higher.

Information held is more accurate and near real-time and Inland Revenue is better able to analyse data from multiple sources and act on it. And there’s that single, end-to-end view of customers, enabling easier support and for new products to be added ‘at considerably lower cost and effort than before… because common processes that all products use such as registration, payments and myIR access are already in place.”

And the key success factors?

They range from putting customers at the centre of your thinking and leading from the top, to being very disciplined, getting the right partners and the right team, not underestimating change management and being transparent to expecting to be successful.

Among the advice shared is that embedding is harder than you think, and businesses should resist the temptation to customise.

Greg James, IR’s deputy commissioner, says all of the tools, plans and templates used for the business transformation program are available on Inland Revenue’s site.

Each stage of the program is covered, including insights from projects which ran parallel with the programme such as intelligence and analytics, digital ecosystem, and organisational design.

“We’ve completed our customer-facing changes, with six releases across four stages implemented successfully on time and under budget. The modern, digital revenue system envisaged by transformation is now in place.”