News > Blockchain on the agenda for cross-border trade

Blockchain on the agenda for cross-border trade 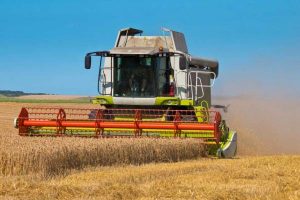 Australia and Singapore have launched a joint blockchain trial in an attempt to simplify cross-border trade.

The Australian Border Force (ABF) says the initiative will incorporate paperless trading and secure, digital exchange of trade information as part of the future architecture and design of an Australian Trade Single Window.

As well as simplifying cross-border trade and making it paperless, the ABF is hoping to reduce administration costs and increase efficiencies, using the much hyped – but largely still underperforming – technology.

The initiative will incorporate paperless trading and secure, digital exchange of information as part of the future design of a Trade Single Window.

Chris Claridge, Trust Alliance chair and chief executive of Potatoes New Zealand, says “We think there’s a real opportunity to address some of the key issues common across the sector, including data interoperability, productivity, efficiency and compliance.”

Alliance members will be able to validate critical data elements including compliance, provenance, and traceability and engage with customers via the TrackBack platform. Agritech and herd improvement co-operative, Livestock Improvement Corporation (LIC) is one of the investors in Auckland-based TrackBack, the company developing the platform for the Alliance.

“Worldwide, consumers are becoming ever more mindful of the ethical and environmental impacts of their purchases. The Trust Alliance aims to enhance the global and domestic competitiveness of New Zealand’s primary sector by providing the assurance people want, underpinned by verifiable, unchangeable data,” Claridge says.

Australia’s trial, meanwhile, is looking beyond its own territory and sees ABF partnering with Singapore’s Infocomm Media Development Authority to test digital verification systems across the ABF-developed Intergovernmental Ledger and Singapore’s TradeTrust for electronic trade documents.

The Australian Chamber of Commerce and Industry, Australian Industry Group and financial institutions including ANZ will take part in the trial.

Businesses and regulators will be required to verify Certificates of Origin using the two systems, and provide feedback on their experiences.

It’s the cross-border settlements area which has been held up as a key area where blockchain – which has become a controversial technology with plenty of hype but little substance over an above traditional distributed ledger technology as yet – could shine brightest.

Last year Juniper noted cross border settlements as one of the five most promising use cases for the technology.

The research firm noted that while there is huge potential to make international financial transactions faster and cheaper, it’s the tracking of transactions across the ecosystem that provides the biggest potential benefits.

“It is likely that the greatest savings will come from compliance and credit history, rather than through paperwork reduction.

“Blockchain affords complete traceability of financial documentation, allowing financial institutions to have far greater visibility on participants and that (for example) a participant has been vouched for by other trusted parties.”

It’s certainly an area with plenty of action as increasing numbers of governments and businesses look to blockchain to aid transparency and security in international trade.

Last month international banking group Standard Chartered announced it had completed its first cross-blockchain trade finance transactions between Hong Kong and Mainland China, through recently established connectivity between eTradeConnect in Hong Kong and the People’s Bank of China Trade Finance Platform. The process, which Standard Chartered says used to take days or even weeks to process and involved ‘a lot’ of manual paperwork, can now be completed seamlessly on a single platform, the organisation says.

Standard Chartered has been a champion for blockchain. In September it helped Bangladesh record its first blockchain-based cross border remittance service, facilitating instant transfers from Malaysia.

Meanwhile Saudi Arabia and Bahrain completed their first blockchain trade transactions a year ago, using the technology to finance international trade, while global agribusiness Cargill and Agrocorp, in conjunction with Rabobank and other logistic partners, used blockchain to facilitate a $12 million export of wheat from North America to Indonesia.

The deal took five days to settle where traditional trading processes can take up to a month.