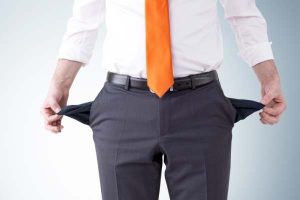 The collapsing media marketplace will get worse before it gets better…

While the advertising industry is surely one used to change, as advertisers cut costs like never before, publishers everywhere are facing an existential threat.

Paradoxically, media consumption is significantly up, thanks to Covid-19 lockdowns everywhere.

“During crisis events… be it snowstorms, hurricanes or a global pandemic, media users ramp up their media consumption to stay informed, kill time, find solace and stay in touch with others,” says Nielsen.

According to the market research company, staying home can increase digital content consumption by 60 percent, potentially more (iStart’s is up by over 50 percent over the crisis).

The Covid-hit comes as digital advertising spend has been tracking up and up, with NZ’s recently released data topping NZ$310m for the first quarter in 2020, 6.3 percent up on the previous year, according to numbers from IABNZ.

Led by spending on social and search, digital has been grabbing more than its fair share of media over that time, particularly from print channels.

Nielsen data finds the average audience of the top 10 news websites in Australia having grown by more than half (54 percent) in the wake of the pandemic, with seven of those attracting more than five million people in a single March week.

While the first quarter has remained buoyant for Kiwis, it’s a significantly different story in the Australian advertising industry. Already reeling from a brutal season of bushfires and droughts, the Covid-19 pandemic is adding to already significant downward pressure on activity.

According to IAB’s equivalent Australian Advertising Expenditure report, total online advertising declined in the first quarter of 2020. In addition to a more pronounced than usual December slump, general display, search and directories spend were down from the preceding December quarter.

Get ready for the big dip, as advertisers everywhere pull in their nets, warns Gai Le Roy, CEO of IAB Australia.

“While this report captures the zeitgeist of the tough start to the year we experienced Australia wide, it precedes the real impact of COVID-19,” says Le Roy.

“There is no doubt that the current quarter will be tougher for all in the industry.”

Other figures back up the bleak outlook: One stat finds two-thirds (68 percent) of advertisers having pulled ad campaigns as a result of the pandemic. Another finds more than half of brands reviewing their advertising plans on a daily basis. All the data points towards advertisers putting their spending on hold as market uncertainty becomes the new normal.

In a market already decimated by advertisers choosing to funnel spending into paid social media channels, the latest shocks will have wide reaching implications. Already, Bauer New Zealand has closed its doors along with long-standing titles such as The Listener and North & South, court battles ensue over Stuff’s $1 acquisition offer of NZME.

Adding to the pain at both ends is the inefficiency inherent in the programmatic advertising value chain. According a recent report – prepared by PwC on behalf of the Incorporated Society of British Advertisers (ISBA) – around 50 percent of advertiser spend never reaches the publisher. Furthermore, around a third of supply chain costs are ‘attributable’, says the report, a situation ‘unlikely to be consistently in the best interests of market participants’.

The mantra that businesses waste half of their marketing spend (but don’t know which half) might need updating to three-quarters, with a full quarter headed direct into Silicon Valley coffers, instead of to local publishers who produce the content that attract the consumer attention that advertisers are seeking.

The report is a call to action, says Steve Chester, director of media at the ISBA, and all the evidence needed that advertisers, agencies, publishers and the ad tech sector in general need to ‘urgently collaborate’ on creating a trading market that is ‘transparent, fair, safe and predictable’, and where ‘all interests can thrive equally’.

These cross-industry discussions are already underway in the UK, as they are in Australia, where the ACCC is currently reviewing feedback from its new 18-month inquiry into digital ad tech supply chains and the impact of digital platforms on the Australian advertising ecosystem.

“We [have] heard many concerns about the complexity and opacity of ad tech and ad agency services,” said ACCC Chair Rod Sims in March.

“This has real potential to undermine advertisers’ abilities to choose services that provide the best value for money for them… It may also prevent the companies that host those ads from maximising their advertising revenue.

“Higher prices for advertisers means higher prices for consumers. And lower revenues for ad hosts could in the longer term lead to a reduction in the quality and diversity of online content.”

Whatever the long term benefits of industry, it’s tough times immediately ahead for publishers, especially small and niche players in the digital sector.

As for government, the New Zealand Government has announced a $50 million government media support package, which in the first instance cuts transmission fees for broadcasters, and will see the purchase of news media subscriptions by central government worth around $1.3 million. The media sector is the third New Zealand sector – following primary health care and aviation – to receive such funding over and above the wage subsidy.

The Federal Government has announced its own package, with similar spectrum tax waivers, but also a regional journalism fund, dubbed the Public Interest News Gathering (PING) program, worth around NZ$54m.

Handouts will be cold comfort for many, but don’t give up on the market entirely, says IBA’s Le Roy.

“Many advertisers are still referencing that they are delaying marketing spend rather than withdrawing budget,” he says, “so we will see a solid amount of activity within the market as the benefits of the Government stimulus packages flow through into Q3 and Q4.”

Whether that’s true – and whether it will be enough to help the industry weather the storm – time will have to tell.

But as of May 2020, for publishers at least, ‘business-as-usual’ looks a dangerously long way off.

[Ed. What can you do? If your business is a buyer of advertising such as Facebook ‘boosts’, LinkedIn sponsored posts or Google search ads, especially in the B2B space, think carefully about what content you want your messages to appear alongside. If you value fact-based and balanced stories with the honesty and impartiality that comes from professional journalists, consider talking directly to the publishers that employ the writers you know and trust. You might find they can work with your brand in creative ways to serve both your ads and content much more credibly than any programmatic algorithm ever will. In short, buy local! Alternatively, subscribe! Or if free (like iStart) make a donation through Press Patron – ‘Become a supporter’]