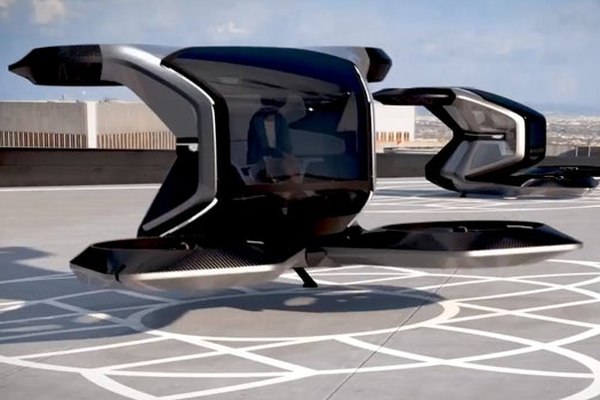 It’s the annual tech kickoff to the new year, and while this year’s CES (Consumer Electronics Show) might have been virtual, it still served up its heady mix of the serious and practical through to whimsical, futuristic (and likely never to become reality) offerings, from rollable phones to ‘handy’ household robots and flying cars.

More than 1,800 exhibitors showcased their offerings – in-production, prototypes and conceptual, and while the show might be about consumer tech, it’s also a showcase for many of the technologies driving enterprises. Key among those this year were AI, IoT and 5G.

LG’s Rollable, a prototype of a rollup phone, made its first appearance, while China’s TCL teased with a video of its planned rollable phone offering – a 6.7-inch phone which expands to a 7.8-inch tablet at the tap of a finger. LG debuted a rollable TV back in October 2020 (RRP US$87,000, and you’ll need to visit South Korea to purchase), and the Rollable phone, which has a screen that expands from phone size to tablet size, is scheduled to launch this year, price unknown.

Further away is General Motor’s eVTOL (electric vehicle takeoff and landing) single seat quadcopter. Little was revealed about the Cadillac branded flying car, other than that it will reach speeds of up to 56mph.

Reflecting the world we now live in, CES showcased plenty of Covid-related offerings – and a number targeting stress reduction.

Sanitising equipment abounded, with Targus debuting a UV-C LED disinfection keyboard light (winning honouree status in the CES Innovation Awards) and an antimicrobial backpack. The  motion sensitive keyboard light, which sits over the keyboard (or for that matter anything else you’d like to clean) is designed to run for five minutes every hour – while you’re not at the keyboard – and will launch in March, though there’s no price tag on it yet. (And, just a reminder here: If you’re going to try to use UV-C, or any other tech for germ killing, remember they’re designed to supplement regular good hygiene and cleaning, not to replace it.)

The UK’s Binatone offered up a MaskFone. Just as the name suggests, it’s a mask with integrated earbuds and a built-in Bluetooth headset so you can take and make those calls without sounding muffled, or just listen to some music.

Razer also debuted an N95 ‘smart mask’ packed with technology, including a built-in mic and amplifier to un-muffle your voice, active ventilations and auto-sterilisation via UV light. And because we all want something different, it’s customisable with 16.8 million colours and ‘a suite of iconic effects’. Unlike the MaskFone, which is already in commercial production, Razer’s Project Hazel is still conceptual.

The company, which is known for showcasing forward thinking designs which often don’t come to fruition, also debuted the Project Brooklyn gaming chair ‘for next generation immersion’. The chair, which builds on the company’s Iskur gaming chair released late last year, features a 108-degree, 60-inch OLED screen, retractable table panels in the armrests and tactile feedback.

And if all the talk of germs is stressing you out, and that gaming chair isn’t going to do it for you, Feelmore Labs is offering up a ‘stress-cancelling wearable’. Cove sits behind the ears and vibrates, apparently helping activate part of the brain which regulates anxiety. Wear the US$490 device for 20 minutes a day and Feelmore Labs promise your resilience to stress will improve. Truly.

Of course, you can’t have CES without a few robots, and this year didn’t disappoint, with Samsung debuting the Bot Handy domestic robot, which as its name suggests has a hand capable of providing an, ahem, helping hand, around the home. Loading the dishwasher, picking up stuff off the floor, setting the table and pouring a glass of wine for you – Bot Handy, harnessing AI and cameras, is on it.

The company also showcased its Bot Care robotic ‘assistant and companion’. Apparently, it’ll be there in the ‘not too distant future’ to tell us we’ve been on the computer too long and should take a break (hmm, aren’t there already apps for that?) and remind us of upcoming events.

On a more serious note, Careclever has designed a new companion care robot, Cutti, which is already being used in some elderly care communities in France and the US. It’s designed to providing companionship, safety and security and reverse cognitive decline. As well as providing on demand entertainment and video communications, the robot can provide emergency assistance.