News > CFOs push ahead with shadow IT spending

CFOs push ahead with shadow IT spending 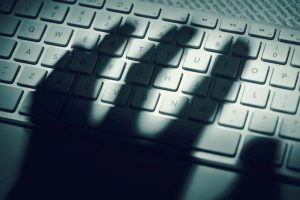 Chief marketing officers have held the shadow IT spending baton for years, investing in cloud based CRM and solutions to speed digital transformation initiatives. CFOs are in hot pursuit. The phenomenon was noted in Australia last year and cropped up recently in New Zealand – and, apparently, shows no sign of slowing.

A recently released Oracle survey of European organisations found that $6 out of every $10 spent on IT now came out of pockets other than the CIO’s.

That’s certainly the case at Toga Group, a private hospitality, construction and property business, where the group financial controller Michael Gowing has had a say in the transition to a new Oracle ERP and also BlackLine to streamline financial management. When it came to selecting BlackLine, the only involvement of the IT team was to confirm back-end compatibility with the current Accpac (Sage 300 ERP) which is now being replaced by Oracle, he said.

“The CIO got to say ‘yea or nay’ on the back end,” said Gowing. “This was evaluated and led by finance.”

The decision to automate more of the finance function was driven by Gowing and borne of frustration with manual processes which previously required manual reconciliation of 14 binders filled with financial statements at month end. “The back office has not kept up – we have been controlling this with people rather than systems. As a controller, I didn’t know what was going on,” he said.

It was Gowing and his team that put the systems through its paces rather than the IT group. Following the deployment of BlackLine, he said that 58 per cent of reconciliations for the last financial year had been fully automated and bank reconciliation 96 per cent plus automated.

While the enterprise finance function seems as keen as marketing to roll up its sleeves and clamber into IT, a newly released report commissioned by Pegasystems and Cognizant suggests financial services organisations’ low tolerance for risk could be holding back their willingness to innovate.

The survey of 500 finance sector executives in 56 countries found that although 98 percent recognised the need to move outside of their comfort zone, only three out of five felt their governing boards would be able to tolerate a 30 per cent innovation failure rate.

Given rapid digital disruption across sectors and the advent of cloud technologies, this suggests a change in attitude to innovation may be overdue – and shadow IT is likely to play a big part.