News > Coles stocks up for DX with Accenture deal

Coles stocks up for DX with Accenture deal 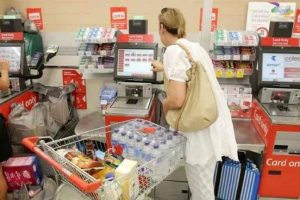 Coles has inked its sixth big technology deal since its divestment from Wesfarmers last November, signing up Accenture to help pull its Smarter Selling digital transformation initiative together.

The Smarter Selling initiative, announced last month, aims to deliver AU$1 billion in cost savings for the retailer over the coming four years through the use of new technology.

It includes increased automation of manual tasks in store and in support functions, faster checkouts, using AI for quicker and more accurate stock ordering as well as reducing energy use and smarter planning in distribution centres to improve availability.

The new deal – an extension of an ongoing relationship with Accenture – will see the professional services company helping Coles drive its supply chain ‘transformation’ including the implementation of SAP for procurement, HR and finance systems, assisting with the migration to new Microsoft solutions and automation programmes.

“This is a vital part of Coles winning in its second century.”

It’s a deal which will essentially see Accenture helping to pull together the various strands of Coles ambitious digital transformation.

Coles CEO Steven Cain says the company is committed to being technology-led in its 2,450 stores and throughout its supply chain to reduce costs while delivering an even better shopping experience for customers and making life easier for its 115,000 team members.

Since demerging from Wesfarmers and listing on the ASX late last year, Coles has thrown itself into new technology deals designed to help differentiate Coles in the retail market, bolstering it’s online offering with an ‘optimised network’ and providing long term structural cost advantages.

The company has previously stated its goal of making extensive use of data analytics and AI to ensure it is ‘anticipating and fulfilling customer needs as they continue to evolve’.

Earlier this month the supermarket giant announced a partnership with Microsoft, selecting Azure as its cloud platform of choice, with the deal also including Azure AI services, Dynamics 365 ERP for selected business units and Microsoft 365 (Microsoft’s productivity suite, which includes Office 365, Windows 10 and enhanced security).

In March, Coles signed with Ocado for its Smart Platform technology – an online grocery website, automated single pick fulfilment and home delivery solution – and a deal with Optus to roll out a high-speed fibre network to the 2,400+ stores, supply chain and corporate sites.

It has also partnered with German logistics automation vendor Witron to build automated warehouses in Brisbane and Sydney to handle distribution to the supermarkets.

Coles has also been updating its back office applications with the SAP suite, adopting SAP S/4HANA, Ariba procurement and Success Factors career and performance management offerings. With no financial details of that deal released to the ASX (indicating the size of the deal fell below the material disclosure reporting threshold) it was suggested that DXC retained control of the payroll, also based on SAP.

Accenture and Coles have worked together previously including work on the core merchandise, supply chain and in-store systems.

“The partnership with Accenture will enable us to deliver the efficiencies we need for long-term sustainability and provide the ability to respond to rapidly-evolving customer needs,” Cain says.

“This is a vital part of Coles winning in its second century.”

As part of the deal – the value of which has not been disclosed – Accenture will also be investing in a joint technology innovation fund, focused on ‘exploring’ new technology applications within Coles, including creating strategic technology roadmaps.