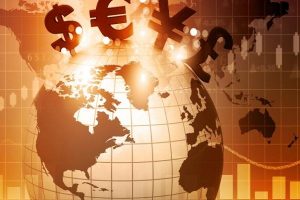 In a move that could spell the beginning of the end for companies like OzForex, the Commonwealth Bank and Barclays have announced a deal that will allow users of the Commbank app, and people with Barclay’s Pingit, to be able to send funds between the UK and Australia by the end of the year. While both parties will need to have one of the apps on their smartphone, all they need to know to effect the transfer is the mobile phone number of the recipient.

One of the advantages in this deal is that Michael Harte, the former CIO of Commbank, who led the bank’s core systems transformation project and was on deck when the bank launched its smartphone app (then called Kaching!) is now chief operations and technology officer of Barclays. He knows intimately what’s under the hood at both banks.

More importantly the deal is clear evidence of the big banks taking on fintech disruptors at their own game. According to Kelly Bayer Rosmarin, group executive of institutional banking and markets at Commbank; “This demonstrates the power of two influential global organisations collaborating to deliver world-firsts in financial services innovation.”

The bank has also opened an innovation lab in London, adding to two others in Sydney and Hong Kong.

Barclays group COO Paul Compton said that this was the first time that Pingit would be used for two way cross border payments. “Our partnership with CBA demonstrates how large institutions can and should work together to provide innovative solutions that benefit both customers, and the banking industry as a whole.”

While clearly focused at the consumer end of the market, these sort of initiatives could develop into a competitor for online funds transfer firms such as OzForex (now OFX). Barclays Pingit for example can already be used to send funds to 33 countries in Europe, Botswana, Ghana, India, Kenya and Mauritius. These services have been launched initially fee-free – though it’s not clear if and when that might change.

The Barclays-Commbank announcement is at this stage little more than a statement of intent that the service will be available by the end of the year. What fees are involved, or whether there is also an initial fee-free period, is yet to be revealed.