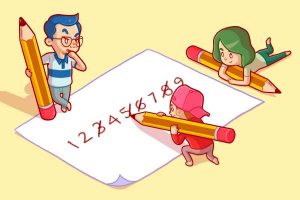 A week is a long time in politics – and it appears, in economics at least in a time of crisis ­– but while New Zealand is rolling in an abundance of data about its Covid response and (hoped for) recovery, Australia appears to be in something of a vacuum.

David Gruen of the Economic group of the Reserve Bank of Australia noted in a 2000 report, The Australian Economy in the 1990s, that “The significance of economic events often remains opaque at the time and the process of separating the important from the ephemeral requires a period more like a decade than a week.”

It’s a view unlikely to be shared by New Zealand economist Shamubeel Eaqub from Sense Partners, which has been releasing near-real-time indices of economic indicators.

“The health response required a more frequent read of the economy.”

Those indicators show weekly consumer spend has bounced back – at least when it comes to domestic spend – but look closer and the figures tell a story of change.

The Ministry of Business, Innovation and Employment’s Covid-19 response consumer spending dashboard shows weekly consumer spend for the week ending June 9, was up 3.3 percent on spend for the same period a year ago. In fact, the data, from Paymark, shows domestic spend has consistently been above spend from a year ago since the week of May 19 – even if only marginally. (The data doesn’t include some major businesses, including Countdown, which are processed through Verifone, rather than Paymark.)

Treasury data, however, drills into the figures a little more closely, showing when spending on consumables like groceries is removed, retail spending remains down compared to last year.

And while New Zealand might be feeling optimistic given our Covid-crushing stance (albeit one that took a dent yesterday with news of two more Covid cases slipping through the border), that’s not reflecting in international spend, which was down 52.7 percent year on year, for an overall spending increase of just 1.7 percent.

In the first five days of level 2, consumer spending at shops returned to pre-Covid levels, but with some wide variations, with 28 percent of retailers, including clothing, gift and sporting equipment retailers and petrol stations, saying they had seen only slight improvements in Level 2.

The growth comes after a dire period which saw spending – excluding that at supermarkets, liquor stores and pharmacies – down 90 percent, year on year, during Level 4.

Statistics New Zealand reports show monthly card transaction spend for retail was up to $5.19 billion in May – bouncing back from April’s low of $2.87 billion, but still lower than it’s been since February 2018’s $5.06 billion.

Eaqub says now New Zealand is back in Alert Level 1, most indicators are back to normal, with the exception of flights and lower traffic volumes in Auckland and Wellington due to job losses and working from home.

In fact, the company, which has been releasing near-real-time indices of economic indicators throughout the Covid lockdowns, is pulling back on its weekly updates.

“We are still expecting economic weakness due to business failures from the stringent lockdown and the recession proper because of job losses, reduced private sector investment and trade disruptions,” Eaqub says. “But these will unfold over weeks and months, not in the ‘sudden stop-start’ of the health response, which required a more frequent read of the economy.”

Indeed, the data also highlights the longer recovery New Zealand is facing. Jobseeker Support recipients hit 190,000 on June 5, up 1,100 on the previous week. While that’s well below the big increases seen in April, when nearly 10,000 joined the benefit in one week, the weekly numbers have been climbing again for the past two weeks.

As for Australia, this week should bring some facts and figures to digest: the May labour force figures are due to be released on Thursday – and are expected to show further deterioration in the market.

The Australian Bureau of Statistics meanwhile has today released an interactive map, showing weekly changes to payroll jobs since the middle of March, with Sydney City and inner south and Melbourne inner recording the greatest falls of 10.6 percent apiece.