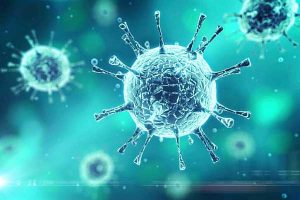 ‘Vaccine’ to protect algorithms against attack…

Data61, the data and digital specialist arm of Australian national science agency, CSIRO, has taken a leaf out of medical textbooks to develop a ‘vaccine’ to protect AI and machine learning algorithms against attacks.

Richard Nock, Data61’s machine learning group leader, cites a computer vision example of attackers adding a layer of noise – an adversary – over an image, to deceive machine learning models into misclassifying an image. Images obvious to the human eye are misinterpreted by the slightly distorted image created by the attacker.

“When the algorithm is trained on data exposed to a small dose of distortion, the resulting model is more robust.”​

“Adversarial attacks have proven capable of tricking a machine learning model into incorrectly labelling a traffic stop sign as a speed sign, which could have disastrous effects in the real world,” Nock says.

“When it comes to deploying machine learning in safety-critical contexts, significant challenges remain,” Google says. “While previous research on adversarial examples has mostly focused on investigating mistakes caused by small modifications in order to develop improved models, real-world adversarial agents are often not subject to the small modification constraint.”

The programming technique developed by Data61 works on the same principle as vaccinations, providing a weak version of an adversary, such as small modifications or distortion to a collection of images to create a more ‘difficult’ training data set.

“When the algorithm is trained on data exposed to a small dose of distortion, the resulting model is more robust and immune to adversarial attacks,” Nock says.

Adversarial attacks on machine learning have been gaining.

US researchers recently highlighted the dangers of adversarial attacks on medical machine learning systems, citing one example of adversarial noise being used to get algorithms to diagnose benign moles as malignant with 100 percent confidence.

“Artificial intelligence and machine learning can help solve some of the world’s greatest social, economic and environmental challenges, but that can’t happen without focused research into these technologies,” Turner says.

The organisation has been a key figure in the push for the ethical use of AI, and led the development of an AI ethics framework for Australia, which was released by the Government for public consultation in April.

“As AI becomes more integrated into many aspects of our lives, ‘vaccinations’ such as ours, are essential to the progression of a protected and safe innovative future,” CISRO says.

The ‘vaccine’ option has yet to be tested in real-world situations against genuine malicious attempts.