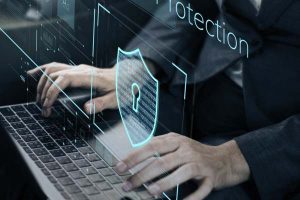 IT security pros aren’t always following their own recommendations…

Knowing and doing are two very different things – and that’s something highlighted in a new report which shows IT security professionals aren’t always following their own recommendations.

In fact, the Ponemon Institute 2020 State of Password and Authentication Security Behaviours Report, commissioned by authentication vendor Yubico, shows cybersecurity professionals aren’t that much better at adhering to strong authentication and password management than the average user.

“55 percent would prefer a method of protecting accounts that doesn’t involve passwords.”

The report surveyed  2,507 IT security practitioners (including 336 in Australia) and 563 individuals, globally, and found cybersecurity professionals and the individual users whose IT they manage are all engaging in risky practices, including reusing and sharing passwords in the workplace.

Indeed, individuals reported better security practices in some cases than the IT professionals. Out of the 35 percent of individuals who reported they’d been the victim of an account takeover, 76 percent had changed how they managed their passwords or protected accounts. Of the 20 percent of IT security professionals who had been a victim of an account takeover, just 65 percent had made changes.

“IT professional or not, people do not want to be burdened with security – it has to be usable, simple, and work instantly,” says Stina Ehrensvärd, Yubico CEO and co-founder.

Clearly, that’s not the case, with the report suggesting poor usability and inconvenience are hampering uptake of good security practices and a misalignment between expectation and reality when it comes to the implementation of usable and desirable security.

Sharing of passwords was also common, with 51 percent of individuals and 49 percent of IT professionals ‘fessing up to ‘sometimes or frequently’ sharing passwords with colleagues.

Two-factor authentication too, isn’t winning fans with 55 percent of IT professionals and 65 percent of individual users saying thy didn’t use any two-factor or multifactor authentication methods when logging into work apps on their mobile devices. (When they did, mobile authentication apps an d SMS code to phone were the favoured methods for IT professionals.) Australia and Sweden ranked lowest of the six countries when it came to using 2FA to gain access to business accounts, at just 43 percent.

It comes too, as both groups report increasing concern about privacy and security of personal data. Thirty-seven percent of IT security respondents said they were ‘highly alarmed’ – something felt by 25 percent of individual respondents.

“Across the board, passwords are cumbersome, mobile use introduces a new set of security challenges and the security tools that organisations have put in place are not being widely adopted by employees or customers,” Yubico says.

“In fact, 49 percent of individuals say that they would like to improve the security of their accounts and have already added extra layers of protection beyond a username and password. However, 56 percent of individuals will only adopt new technologies that are easy to use and significantly improve account security.”

“For years, achieving a balance between high security and ease of use was near impossible, but new authentication technologies are finally bridging the gap,” says Ehrensvärd. “With the availability of passwordless login and security keys, it’s time for businesses to step up their security options. Organisations can do far better than passwords; in fact, users are demanding it.”