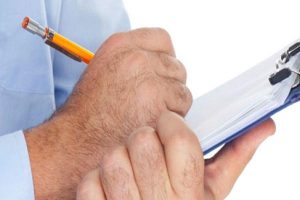 The organisation said it will engage in community consultation before publishing a series of codes which will outline best practice regarding data collection and use. While there won’t be a ‘tick of approval’ logo for participating organisations, Samuel said membership of the DGA would oblige an organisation to conform to the code; any which didn’t would be outed, or potentially ousted.

He said the goal was to create a “Self-regulated environment that addresses the issues of integrity, accountability transparency and trust.” At the same time, he would seek to strike a balance between the competitive expectations of corporations and the rights and privacy expectations of consumers, indicating his firm preference for self-regulation over legislated compliance with regard to data use, access and breach notification.

The new body, which was first canvassed by the Association for Data Driven Marketing and Advertising in April this year, comprises twelve founding board members from a cross-section of Australian industry, including major financial institutions, leading retailers, a law firm, real estate, an airline, and specialist data suppliers including technology, software and consulting service providers.  Organisations involved initially include Quantium, Coles and Woolworths, NAB and Westpac, Veda, Qantas Loyalty, Data Republic and IAG.

DGA has been charged with creating standards and benchmarks “around the collection, use and management of data in Australia. It will provide education, thought leadership and advocacy services to its members to promote and foster understanding of how data can be used responsibly to drive innovation and competitive advantage whilst complying with all regulatory requirements,” Samuel said.

Membership of DGA will be open to all sizes of business, though Samuel said that the fee structure had yet to be determined – but that it would be scaled so as not to prohibit SMEs from taking part.

“If we had a KPI it would be that the code of conduct would be widely adopted,” he added, and accepted by both the Australian community and governments.

Having an industry code rather than regulations would allow more flexibility and updates to reflect changing technology and consumer expectations, he said.