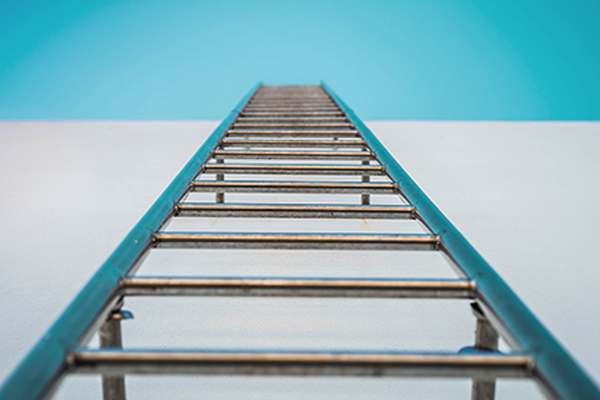 Upping data maturity comes with big financial gains, but while some local companies are reaping the returns, the majority are still missing out on what could amount to an extra 10 percent in revenue each year through better data use.

That’s according to a new report from Deloitte Access Economics, which surveyed 275 A/NZ businesses with more than 100 employees, ranking them on a five-level data maturity scale. It found 60 percent were in the first two levels – basic and beginner – though most companies believed they were actually more advanced than they were.

Critically, the report, Demystifying Data, commissioned by AWS, found that each step up the maturity ladder was associated with an extra 10 percent in revenue. For the businesses surveyed, that amounted to an extra AU$1.5 million a year in Australia or $1.6 million in New Zealand – or the ability to be able to hire an extra 16 FTE.

Each step up the maturity ladder was associated with an extra 10 percent in revenue.

“The benefits accumulate over time – so that’s an every year figure. For businesses that move up two steps, that doubles the size of the dividend. And if they do that over three or four years, you can see very quickly how being a data driven organisation can really make you grow in a way that businesses won’t have experienced in the past.”

And it’s not just financial benefits that the report uncovered, with increased productivity, innovation and risk mitigation also key.

For nib health insurance, being able to prove data projects were making a difference to business metrics – whether financial, customer impact, moment of truth – was key.

“It’s very easy to get lost in the mountains of data and lose sight of what you’re trying to achieve,” Brendan Mills, Group Chief Information Officer at nib said at a roundtable this week.

“We had to be very clear about whatever solution we were trying to automate, digitise for our frontline, for our customers, for our sales and operations teams, whatever the case might have been: How we were going to do that and do it efficiently and effectively and get to the other end and measure that result and say we hand on heart we had made some difference to business metrics.”

Andrea Black, chief information officer at Kiwi agritech and herd improvement co-op LIC, says data is ‘absolutely core’, to what the company does and a driving force in developing core strategies.

She says the impact and value of data goes beyond helping LIC’s own business, helping farmers around New Zealand and the wider New Zealand primary industries.

Insights derived from data is proving impactful for farmers, she notes, with the company’s Minder livestock management software providing farmers with data about cattle herds, enabling them to make faster, more informed decisions and drive efficiencies.

“Some of the global trends we’re seeing coming down through our industry – sustainability, environmental animal welfare – all those things are data driven,” she says.

Natalie Field, Belong chief digital officer at, says it’s the daily one percent improvements and innovations – creating new processes, changing the way decisions are made, applying new technology that have had the biggest impact on both customer experience and business performance.

She cites the example of the company’s ops team, which uses data to identify root causes of issues to customer service.

“A couple of weeks ago we had a look at the aggregate view of the last six months performance and we’ve seen a 43 percent improvement in service run time.

“Another example is that very eraly on in our journey we focused on the stability of our mobile service because it was a huge frustration for customers and driving additional call volume, and using data we were able to reduce the customer facing errors by 75 percent as well as improve the ability to identify and recitify problems in less than half the time.

“That’s enabled us to shift to a more proactive, rather than reactive way to deal with these problems.”

The report shows a key issue for companies striving for data maturity is data quality, as companies struggle to ingest data from a range of sources.

“If you’re not doing data collection right, you may not have the assets available,” says O’Mahony.

He notest that many businesses are missing a trick in not realising the breadth of data than can be harnessed – including call centre, video and external research data.

Somewhat shockingly, he says: “Some 40 percent of businesses didn’t even recognise that even some basic information like financial or customer data could be used to gain insights.”

Lack of funding for data initiatives, ensuring data is accessible within the business and education are also stumbling blocks for many businesses.

All three companies involved at the roundtable agree their data journeys are far from over.

“Even though we’ve accomplished much in our use of data there’s still a long way to go,” says Mills.

“As we look at more an more in the machine learning and data science space the ability to triangulate that data with other data sources and safely and effectively, is going to be key.”

Field agrees: “We’re very much still on the journey. that data landscape is changing so rapidly. We don’t have a specific end goal… we’ve got a persistent ongoing focus on iteratively learning, evolving and improving rather than expecting we’ll get to a place and set and forget.”