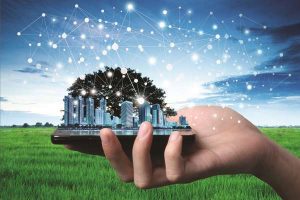 Datacom is ramping up a strategic move into building software products, launching a major new smart council and community cloud-based offering designed to help councils with their digital transformations.

New Zealand’s Porirua City Council has already implemented the first stage of its Datascape rollout, which will ultimately include the full suite, with Western Australia’s Shire of Manjimup also live with the CRM component and going live with the financials and ratings components in July. Implementations are underway at two other councils – one in New Zealand and one in Australia – with contract negotiations underway with a further four councils.

The moves pitches it head-on with ASX listed TechnologyOne. The other main player, SAP, is concentrated on the super council end of town such as at Auckland Council.

Mark Matijevic, Datacom director of local government solutions, says the web-native suite of offerings, built around a major new ERP system built by the Datacom team, is “a big push into owning our own IP”.

“It’s a market that is crying out for a new player and needs this new technology.”

“It certainly doesn’t mean we’re moving from our traditional businesses,” Matijevic says, “but we saw the opportunity to invest in something that is brand new, helps the community and, from the feedback we have got from councils, there’s certainly a requirement for a new player to come in to it.

“Everyone wants digital transformation, but DX doesn’t come easy and what we’re trying to do is make it easy for councils,” he says.

“We’ve also got all our digital components which are really the front-end for all those processes,” Matijevic says. “So, if back-end process is consents, the front-end process, which ties in seamlessly, is the digital part where people can log a consent or submit a service request online.

“We’re trying to change the paradigm from back-end processing done by local government to full seamless 24/7 interaction with the community. It’s a big product.”

Staff solutions, including mobile capture, and business intelligence components have also been developed, with the solution able to be bought component by component.

Datascape, which has been in development for three and a half years with a team of 50 developers working on it, was developed from scratch to be cloud native and harnesses Microsoft’s Azure framework.

Some regulatory components are still being finished off and long-term planning will be added later this year to take into account the three- and five-year planning required of councils.

Datacom has been using the Ozone enterprise software platform it acquired from Origen Technology in 2014 as its key local government push. Sixteen councils continue to use that system.

Matijevic says a key aspect of the new offering is its integration capabilities – something he says is a stumbling block for many councils looking to digitally transform.

“We’re trying to make sure we are completely open, but we also deliver a lot of those services out of the box, so council doesn’t really need to think about it. What they’re buying is a back-end system which also digitally transforms them.”

Datascape has 30,000 APIs enabling each part of the solution to be connected with other systems (including existing ERP systems). That’s something Matijevic says is a crucial component of being a modern, native cloud solution.

“If they want to integrate to other software, we are open to that and encourage it. Of course, we want them to buy as much off us as possible, but we believe if they’re using part of our componentry, they should be so excited and delighted to use it that over time they’ll want to get more from us.”

Matijevic says building an ERP system for a community and service-oriented organisation like local government, as opposed to a sales oriented company, is “a huge difference”.

“When you’re looking at a normal ERP solution, you’re really focused on how much money you get from people, whereas a service related one is more about the service itself and how work flows through.”

The variety of work a council does – including managing parks, roads and community centres – and high levels of compliance and financial delegation add to the complexity, he says.

“It’s a market that is crying out for a new player and needs this new technology. They want to connect to their community. It’s also a market that wants the benefits of native cloud. We have been doing testing and we can use a bandwidth no one would believe – we’ve been testing on 2G networks and it’s working, because every component is built for the cloud.”

That cloud factor also ensures the product is scalable and cost efficient, he says.

The product also heralds a big push to be part of the smart city narrative.

It integrates to social media, allowing citizens to tweet a council name and have it raise a service request with the council, and with IoT devices enabling it to automatically raise service requests when, for example, the grass in a park needs mowing.

“Long term that’s where I see our differentiator – being the system for a smart city. Most can’t connect to all these different solutions because their architecture is old,” Matijevic says.

He says while the focus is very much on local government at the moment, the product has potential to expand beyond that market – and beyond Australia and New Zealand.

“We’re choosing to keep our focus on what we really know, really well, right now. We will focus on other geographies and other service-related industries in the future.”