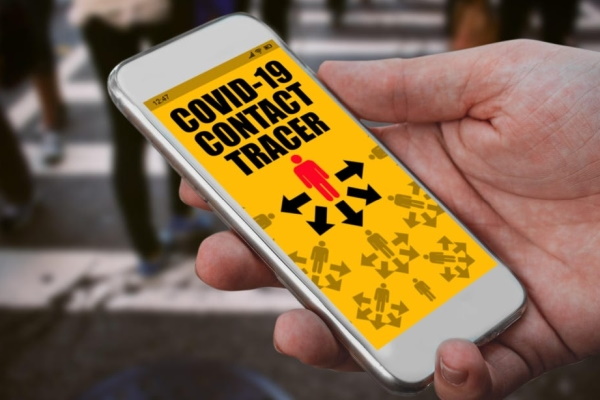 Improvements are being made to New Zealand’s Covid Tracer app alert system after complaints that some people didn’t received exposure notifications despite checking in at locations at the same time as a positive case.

Shayne Hunter, Ministry of Health deputy-director general, data and digital, says the Ministry has heard from ‘a few’ people who did not receive an alert when they expected to.

“From discussions with them we have identified a few improvements that we can make to the system and our processes,” Hunter told iStart.

Wellington went back into alert level two on June 23 after an Australian tourist who had visited numerous attractions around the capital tested positive after returning home to Australia.

“We have identified improvements we can make to the system and our processes.”

Hunter says between Wednesday 23 June and Monday 28 June, more than 580 alerts were sent to people who had scanned in at Wellington locations visited by the positive case.

Hunter didn’t disclose what improvement were being made to the technology system itself.

Instead he noted that some people didn’t receive alerts because they had made a manual entry, rather than scanning.

“We cannot currently match an alert to a manual entry, though we are working on ways to improve manual entries so that it is possible to get an alert for a manually entered location,” Hunter says.

Others didn’t receive alerts because they had scanned in ‘some time before, or after, the exposure event occurred’.

“Usually, additional time – around 30 minutes – is added each side of an exposure event to mitigate this,” Hunter says. If an exposure event is one where a person may be there for an extended period of time, then more than 30 minutes is added to the exposure window. “We are revisiting our processes to take the amount of time that people spend at a location into consideration when defining the time periods we send alerts for.”

Complaints about a lack of notifications began hitting social media channels early on June 23, after news of the positive case became positive.

Andrew Chen, research fellow at Koi Tū: The Centre for Informed Futures, says he noted that some of those complaining about not getting a notification were complaining on social media before the Ministry of Health sent the notifications out.

That delay in sending out notifications – and indeed the delay in making the case public after Ministry officials became aware of it the evening before – prompted plenty of criticism from some quarters.

Ashley Bloomfield, Ministry of Health director-general of health, defended the overnight delay, saying the affected businesses needed to be contacted before going public. (And remembering that in a previous case the Ministry found itself on the defensive for not contacting all businesses before releasing the information.)

Hunter says as soon as contact tracing teams have all the required information it is passed to the Ministry and an app notification ‘is usually sent within two hours of receipt of the information’.

He dismissed suggestions that the app could also be used to send notifications to businesses, saying the app is designed for people to keep a personal record of where they have been.

Chen says once alerts went out last week, most complaints about having not received a notification seemed to be about not getting a notification based on bluetooth tracing, when those people didn’t scan a QR code at the venue.

“The bluetooth tracing is much more sensitive than the QR code approach,” Chen says. “For a large venue like Te Papa, if you scanned in using a QR code then you could get a notification even though you were on the other side of the museum, whereas for the bluetooth system you’d have to have been physically proximate to the case for a reasonable period of time.

“So it would make sense that some people who were only using the Bluetooth tracing part of NZ Covid Tracer didn’t get a notification.”

But while Chen doesn’t believe the app itself needs a lot of change, he is pushing for regulatory protections for digital contact tracing data.

“I [also] think the government should be investing a lot more resource into addressing digital exclusion challenges so that every person has the opportunity to participate in digital contact tracing,” he says.

Use of the app have increased since the Wellington scare, though they remain down on the peaks seen in February and March when Auckland went to alert level three and the rest of New Zealand was raised to level 2 twice.

It’s one of a number of continuing issues for digital tracing apps around the world.

A survey by MIT Technology Review of Covid-19 exposure notification systems in the US  – where each state takes its own approach – shows mixed results when it comes to their ability to slow down the spread of Covid.

“Many of the country’s exposure notification apps are underutilised, misunderstood and not well-trusted – and yet this technology may yet come into its own as a  public health tool for future disease outbreaks,” the MIT Technology Review report says.

“Even after our analysis, it’s still hard to answer that crucial question: How many infections were actually prevented by exposure notifications?

“Our failure to answer that question is partially due to the fractured nature of the system. But it’s also because specific research to measure this technology’s effectiveness simply was not a priority.”

“Most of the evidence has been through modelling, so the claims are only as good as the assumptions made,” he adds.

But there is some potentially positive news, with an Oxford study in the UK showing, based on modelling, that digital contact tracing has potentially prevented between 200,000 to 900,000 potential infections.

The NHS Covid-19 app used by the NHS across England and Wales, has been downloaded onto 21 million devices and is used regularly by about half of eligible smartphone users aged 16 and over. In the last quarter of 2020 the app sent about 1.7 million exposure notifications – or 4.4 on average for each person with Covid-19 who opted in to the digital tracing app.

“We need everyone to keep recording their movements, either by scanning into the app and turning on the bluetooth function or keeping a manual diary.

The more we do this the safer we will all be. The Covid Tracer app makes it easy to recall where you have been, which makes contact tracing go faster and helps us to alert, isolate and test people more quickly if they potentially have come in contact with someone who has Covid-19.

He says businesses can also help by displaying posters more prominently, and ideally having multiple posters, and replacing any tatty posters

“We have also made it easier for anyone hosting an event or gathering to get a QR code, so their guests can simply scan to record where they have been, rather than adding a manual entry.”