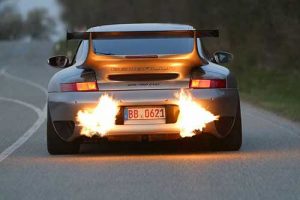 Digital transformation projects are opening organisations up to increased fraud. That’s the contention of David Hartley, SAS’s director of insurance solutions, fraud & financial crime who spoke to iStart during a visit to New Zealand last week.

Hartley has spent the last 30 years working in the insurance industry, more specifically in fraud detection, and in that time he has seen a softening of public opinion towards insurance fraud as well as a rise in organised crime groups targeting the industry. Now he says that digital transformation projects where application and claims processes are made available online have had the unintended consequence of increasing the instances of fraud.

He said reports out of Scandinavia show that since moving to online forms for claims, the number of incurred claims has increased – unusual because this number has tended to hold steady across the decades. Asked if the reason for the increase could not simply be because the improved user experience has encouraged more people to lodge genuine claims, Hartley said that could be part of it, but it’s not what the insurers themselves are saying. For them, it is a case of an increase in fraudulent claims.

Insurance companies typically see two broad types of fraud. The first is opportunistic fraud where there is an exaggeration of a claim for a real event. The second is organised fraud in which criminal gangs deliberately go after insurance companies by staging car accidents and recycling claims across a number of insurers or over a long period of time.  There is also the ‘pop-shop’ where a person or household regularly submits claims as part of their income – for example people at the same residence might take out travel insurance each year and then claim for the latest camera. Because the claim is done in a frictionless online process and the name on the policy is different each year it is harder for a system or system user to identify the pattern without the aid of analytics. But the application of analytics is being neglected, according to Hartley.

He says that anything that removes people from the process needs to include a different way of flagging suspect behaviour At present, the focus in the insurance industry is skewed so far towards the customer experience – a positive thing, of course, he says, since people making a claim have usually been through some sort of traumatic experience – that insurers are leaving themselves open to exploitation.

In some countries, where privacy and data protection laws allow, SAS is also working to identify cross-carrier fraud. The company works with the insurance associations of South Africa, Italy and Turkey to pull data from all their motor, home and health insurers, analyse it and identify suspect behaviour. This way it can identify recycled claims where the claimant maybe lodging a claim for the same incident across multiple insurers. Hartley said it might also be used in the future to flag people with a dodgy claim history at the point that they buy a policy, thus preventing the issue entirely. However, this needs to be done with care, he says, as he believes everyone should have access to insurance. We run a series of analytics across their data to see if we can see activity is suspect

It’s not just the insurance industry which is suffering from the unintended consequences of digital transformation. Hartley says that the retail banking industry and government sector are also particularly vulnerable. He advocates for all digital transformation projects (which necessarily remove the human element) to consider putting in an analytics layer that can highlight unusual or suspicious behaviour and re-route the case to a real person for evaluation.