Are digital twins coming of age? 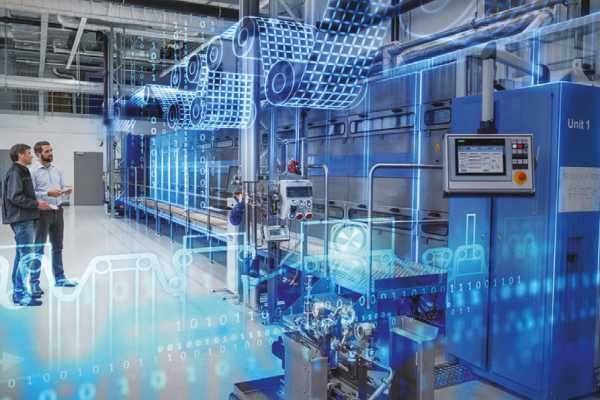 It sounds the stuff of science fiction: Being able to transport yourself digitally to another location, via mobile data, with 360-degree video and a data overlay to enable you to solve a problem at a remote location.

And it is blue sky thinking, a least for now. But the combination of digital twinning, IoT and 5G could make it a reality, according to Theta emerging technologies architect Jim Taylor.

The Kiwi technology consultancy’s innovation lab has been looking at digital twinning and its potential business applications and Taylor is bullish about the technology’s potential for businesses across New Zealand and Australia.

“They are helping companies to design, visualise, monitor, manage and maintain their assets more effectively, and they are unlocking new business opportunities.”

“It’s starting to reach the maturity level where you can start thinking about how you can adopt it in your business and scenarios where the ability to contextualise data either historical or real time, would be of benefit.”

Digital twins – or virtual models combining modelling and simulation with sensors and big data – is a concept that’s been around for years in different variants, but with the rise of the internet of things it’s becoming cost effective. Gartner has forecast that come 2021 half of all large industrial companies will use digital twins, providing them with a 10 percent improvement in effectiveness.

For Taylor, the big benefit of digital twinning is the ability it provides to contextualise data to gain new understandings.

Twins can be used to analyse footfall and revenue for retail outlets and run different scenarios, to enable engineers to visualise and interact with data from IoT sensors on construction sites to improve processes and increase quality, safety, efficiency and productivity, or to run scenarios around future irrigation needs or soil supplementation in agriculture. It’s also increasingly in-demand to help cities become more environmentally, economically and socially sustainable through smart cities.

A recent report from DHL into digital twins in logistics says the technology is already providing value across the sector. “They are helping companies to design, visualise, monitor, manage and maintain their assets more effectively. And they are unlocking new business opportunities like the provision of advanced services and the generation of valuable insight from operational data.”

By marrying digital twins with technologies such as spatial anchoring, users in future will be able to bring up a digital twin or digital overlay of the real world to gain even more insight.

“It’s the extra insights that digital twinning gives you – seeing the information in context – that is the real value add for me,” Taylor says.

“The classic scenario for where a digital twin is most useful is in a situation where you’ve got something like an oil refinery or sub-station where IoT devices are constantly monitoring the equipment and it is difficult to get staff to a remote site. So instead of choppering them out, they can use a digital twin to assess and understand the problem and do a remote assist while seeing the information in context.”

Data from incidents or problems can also be used to recreate the issue at a later date for training purposes, Taylor says.

Gartner says digital twins can also help businesses decrease complexity in IoT ecosystems, reducing the wasted effort and resources that often occurs from overlapping – and redundant – data and providing a channel for data. Rather than data being sent over multiple channels to multiple sources – say data on fuel consumption being sent to a fleet management system as well as truck maintenance – all data can be sent to the digital twin where all business units can access it for their individual needs, Gartner says.

“A digital twin really ties everything together and then people take what they need from that,” Taylor says.

“It removes the complexity from modelling and sharing data because it puts it into an understandable context because people understand and visualise data when it’s tied to something tangible and understandable.”

Gartner says 24 percent of organisations that have IoT either in production or projects in progress, are already using digital twins, with another 42 percent planning to use twins within the next three years.

Taylor notes that 5G will be a further enabling technology for digital twinning, providing the ability to stream a wide range of telemetries and information with very low latency.

“It will be interesting to see what kind of innovation that drives.

“One scenario I saw that 5G really enabled was smart, driverless public transport. Being able to offload that computing to seamlessly stream the data from the sensors from a driverless vehicle, and not have it running on the transport itself but to some remote server. I can imagine the same kind of thing being very applicable to digital twins.”

It’s not all smooth sailing ahead, however. While Taylor says it’s still too early in the digital twinning world to fully understand the issues and gotchas that might lie ahead, it’s clear that managing devices and security will need close inspection before companies jump into digital twins.

“Device management and security is a typical problem area with IoT devices. You’ve often got these devices deployed in sometimes dangerous scenarios, like factory floors where they can be knocked, or humid areas and you’ve got issues keeping devices up to date, patched and transmitting data – and sometimes there are security risks with that.”

However, there’s an increasing number of platforms available with device registration for patching and security baked in, he notes, citing Microsoft’s Azure platform as one example.

Despite any potential gotchas, Taylor believes digital twinning has a big future.

“There is definitely a market for it. If you look at the amount Microsoft, for example, is investing, it’s definitely not insignificant.”