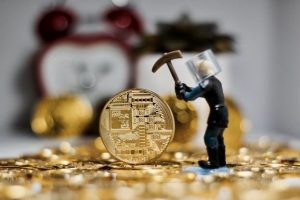 Australia’s Digital Transformation Agency (DTA) has urged Australian government agencies to ‘be pragmatic’ when assessing blockchain, saying the limitations of blockchain should be carefully weighed against any unique benefits provided by a blockchain specific solution for government.

In an advisory to government agencies, the DTA, which received AU$700,000 in the last budget to investigate blockchain, cautions that agencies should focus on the problems they need to solve, rather than trying to embrace the technology for the sake of technology itself.

“This JPM project misses the point – introducing a closed network today is like launching AOL after Netscape’s IPO.”

The DTA’s research found blockchain lacking compared to other solutions, and suggests blockchain remains, to some extent, a solution looking for a problem.

“Our team found that blockchain is still an emerging technology and, when applied to various pilots or considered against alternative technologies, gaps become evident across both the technical and business facets of its implementation.”

The advisory reinforces comments made by DTA chief digital officer Peter Alexander at a senate hearing last October when he said blockchain had shortcomings and better alternatives were available.

“Blockchain is an interesting technology that would be well worth being observed but without standardisation and a lot of work to come – for every use of blockchain you would consider today, there is a better technology – alternate databases, secure connections, standardised API engagement,”

The DTAs views on Blockchain come after they had worked with several government agencies to examine how they were making use of blockchain.  The Department of Home Affairs (for freight monitoring, duties and tariffs), Treasury (for settlements and payments) and IP Australia (which is trialling blockchain to handle food traceability).

In its examination of blockchain technologies, Alexander was scathing of Blockchain hype saying that it was driven by sales and hype rather than results.

“I think it would be fair to say a lot of big vendors, and technology vendors, are pushing blockchain very hard, they see sales opportunity in it. So, internationally, most of the hype around it is from vendors and companies, not from governments, or users and deliverers of services who are saying ‘blockchain is the solution to our problem’.”

The DTA released their findings in the advisory, Blockchain overview: Australian Government Guide which concludes that “Agencies should focus on the problems they need to solve, rather than start from a specific technology solution.”

JP Morgan goes all-in
Blockchain maybe out of favour with the DTA, but their views have not reached the USA, where JP Morgan has launched a digital currency, the JPM Coin.

JP Morgan claims the primary benefit of the JPM Coin is convenience. It says its customers sending JPM Coins to fellow customers over the bank’s Quorum blockchain network will experience reduced settlement times and risks.

The move to launch a digital currency saw JP Morgan CEO, Jamie Dimon doing a 360 of his once fiercely scathing views of cryptocurrencies. In 2017 Dimon was quoted as saying that cryptocurrencies are “worse than tulip bulbs,” referring to the historical market bubble in the Netherlands during the 1600s.

The official line from Dimon is now somewhat different. “As a globally regulated bank, we believe we have a unique opportunity to develop the capability in a responsible way with the oversight of our regulators,” he says.

JPMorgan said the new coin will initially only be available via its in-house blockchain network as a prototype. Longer term, the company says there are plans to make it operable on all standard blockchain networks.

Brad Garlinghouse, CEO of digital payment systems, Ripple Labs is critical of JPM Coin, saying “As predicted, banks are changing their tune on crypto. But this JPM project misses the point – introducing a closed network today is like launching AOL after Netscape’s IPO. Two years later, and bank coins still aren’t the answer.”

Garlinghouse has long opposed closed bank-issued digital currencies. He argues that projects such as JPM Coin could result in “an even more fragmented currency landscape than what we have today” and that “if banks of different digital asset groups want to settle trades with one another, they’ll have to make markets between their unique digital assets or trade between their digital assets and a common fiat currency. What a mess!”

Garlinghouse’s comments aside, the move to digital currencies by JP Morgan could see them exposed to a whole new category of cybersecurity risks. According to digital security analysts, Carbon Black, an estimated US$1.1 billion worth of cryptocurrency was stolen in the first half of 2018. While most people typically imagine robbing a bank involves ski masks and shotguns, Carbon Black says digital heists are surprisingly easy to pull off.

The massive increase in value of cryptocurrencies has been mirrored by the number of hacker-based thefts. Tokyo-based Mt. Gox, once the largest bitcoin exchange, was the first high-profile cryptocurrency hack. They filed for bankruptcy in 2014 saying they’d lost 750,000 of their customer’s bitcoins and 100,000 of their own. At the time, the lost bitcoins accounted for seven percent of all bitcoins and was worth an estimated US$473 million. In January 2018, hackers stole US$530 million worth of a lesser-known cryptocurrency called NEM from Japanese exchange Coincheck, and in December, a South Korean cryptocurrency exchange, Youbit had 17 per cent of its digital assets hoovered up by hackers. Its parent company Yapian filed for bankruptcy.

And, closer to home, in January 2019 Kiwi cryptocurrency trader Cryptopia said it had lost millions of dollars’ worth of cryptocurrency in a security breach that quickly became a worst-case nightmare for their 1.4 million registered users.

Could it be that once JP Morgan expands access beyond their internal Quorum network to the broader market, they could become a target for cyber-bank heists?

Maybe the DTA is right to advise caution.