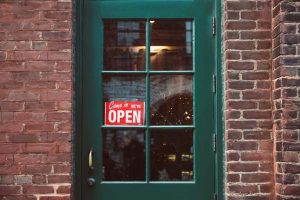 With lockdowns on both sides of the Tasman putting the kibosh on most bricks and mortar retail, it’s no surprise ecommerce sales are trending upwards in both Australia and New Zealand. Look a little closer though and the figures have some interesting tales to tell.

Those topline figures, however, aren’t telling the whole story.

Frank Gilbert, executive chairman for ecommerce specialists The Solutionists, notes there are ‘amazing’ differences between New Zealand – currently still in a full level four lockdown – and the Australian market, which is effectively operating at New Zealand’s level three equivalent.

“There’s an amazing difference between NZ, at level four, and Australia, which is effectively operating at a level three equivalent.”

Figures for the first three weeks of April this year, compared with the same period last year, show New Zealand traffic has remained about the same but both conversion rates and sales are up ‘significantly’.

In Australia, Solutionists’ customers (who are in the general goods market including clothing, equipment and computers, and who virtually all have bricks and mortar stores as well as e-commerce offerings) have seen their traffic double with sales up almost the same amount, but conversion rates staying on par with that seen a year ago.

Solutionist’s top performing Australian customer has seen revenue jump 155 percent, with some sites seeing traffic numbers soar from 400,000 for the first three weeks of April last year to 900,000 for the same period this year.

It’s not just the level of lockdown creating the differences between the two countries. Confusion has reigned in New Zealand given the government’s stance of allowing only ‘essential’ offerings to be sold, with the definition of essential changing during the course of the lockdown and companies struggling to get information on whether if, and what, they could sell.

“It’s a completely different pattern because people are aware in Australia that you can buy online – and that’s the only way you can buy them,” Gilbert says. “Here in New Zealand, unless you got an email from the retailer saying they were open and had product to sell, many people assumed they couldn’t get anything from them.”

Gilbert says in New Zealand online stores with a good range of products available for sale during Level Four lockdown and aggressively marketing it, have doubled their conversion rates. Across all customers, the average is an increase of one-third on conversions, despite almost identical traffic to the same time last year.

“It’s interesting that even with the incredibly limited range of products people are allowed to sell, they are still selling 50 percent more online than they were a year ago,” Gilbert says.

The increased conversion rate comes despite a couple of the sites making a mis-step in giving the impression, either deliberately or accidently, that they weren’t selling anything.

“Their traffic is way down, and although their conversion rates are up, their sales are down,” Gilbert says. Some sites also struggled to clearly delineate essential products available for immediate shipping, from those that can’t be shipped until lockdown ends.

The average transaction size appeared to be bigger for those doing well.

In Australia, Gilbert says the huge increases in traffic suggest Solutionists’ customers are benefiting from new potential customers landing on their sites.

“Almost all our customers have doubled their traffic in a month, so there must be new ones, and that’s why the conversion rate hasn’t gone up – because they’ve pulled in new customers who are probably not used to it – but it’s still given them a 70 percent jump in revenue,” he says.

“I’m assuming now that when New Zealand goes to Level Three [at 11.59pm on Monday 27 April] we will see the same pattern – so there will be a big jump in online activity and a big jump in revenue again.”

That jump won’t however, be enough to offset the loss of bricks and mortar sales, with online only accounting for 10-12 percent of all retail sales.

“If it’s up 50 to 70 percent you’re still only talking 20 percent, so they’re still going to hurt badly until they can open their stores,” Gilbert says. “It sounds wonderful until you put it in perspective.”

In contrast, in Australia retail sales surged 8.2 percent seasonally adjusted for in March from February, as consumers rushed to stock up. The Australia Bureau of Statistics says strong sales across supermarkets, liquor retailing and other specialised food, along with items related to setting up home offices, drove the record increase. Those increases helped offset the big falls seen across cafes, restaurants and takeaways, along with clothing, footwear and personal accessories as social distancing measures kicked in.

Covid-19 Commerce Insight showed sports and hobbies e-commerce more then doubled its growth rate, year on year, from the middle of March through to the start of April,  as did fashion and accessories.

The March jump reported by ABS is ahead of the 8.1 percent seen in 2002 when consumers rushed to make purchases ahead of GST changes.

Adam Ioakim, Emarsys APAC managing director, says “E-commerce is more important than it has ever been – both from a business point of view to mitigate cashflow issues and from a consumer point of view to get access to goods and services.

“The more businesses now look to bolster e-commerce, the more we can offset what is a terrible situation.”

Longer term, Gilbert is among the many hoping the forced online purchasing will make people more comfortable with e-commerce and lead to ongoing online sales and that it might flow on to the B2B market, where ecommerce has been even slower to gain traction.

Every time something happens that increases people’s comfort with buying online it helps with B2B confidence too, he says, noting that as people become more comfortable buying online in a personal capacity, they become more confident in doing so for their business as well.

“The more comfortable they get with that process the more the pressure comes on for business who sell to other businesses to provide the same quality of online order capability as you get in retail.

“The buying process is more complex in B2B and has in the past needed support from sales people. But the technology is clever enough now to provide a lot of that provided the information is clear. Then you use your sales people to make new customers and sell them new products not just take orders.”