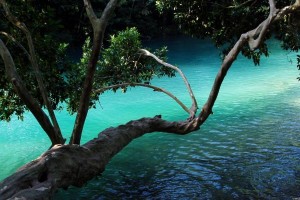 The cloud-based platform, called Colladium, was launched at the Tech Leaders conference in the Blue Mountains this week, albeit to a somewhat bemused audience. Whether it was the conceptual video or the attempt to create a new verb (collaborate + trade = collade) many were left puzzled by the offering. Was it CRM by another name? No – that’s more of a sales tool and doesn’t allow collaboration, according to Colladium managing director John Delaney. iStart sat down with him to get a better idea of where this solution sits in the market.

A ten-year veteran of the EDI space, Delaney said that, as a system to system information exchange point between two companies, EDI offers a fairly narrow data exchange. “It covers the supply chain aspect beautifully but it doesn’t really allow for collaboration, connection or negotiation. That’s what Colladium does, it fills the gaps,” he said.

The free service seems to be part CRM, part ERP and part online store. Delany describes it as a “mutual relationship system” or a BRM (business relationship management system) in the cloud, which also allows users to trade directly within it. Revenue will be generated through Google-style targeted advertising to user communities.

Users can list their products and services, invite their trading partners to join their business community and then complete the sales cycle all within the same system by exchanging electronic purchase orders, invoices and other forms. Soon users will also be able to negotiate trading prices and terms directly in the system, while granting each user and business partner the appropriate level of access. And because users can see all the members of the business community they belong to, they can see who owns and manages a relationship and could potentially find new trading partners.

It all sounds pretty conceptual at the moment and Delaney admitted that there are no other live examples just yet (MessageXchange is currently making the transition to it). But it is underpinned by MessageXchange technology which has a long tradition of integration in the cloud.

Delaney expects that the system will be popular in the retail market which MessageXchange already operates in, particularly supermarkets, clothing chains and electrical goods chains.

“We see in the retail space in particular where margins are so low and it is so competitive, a lot of the smaller customers who perhaps don’t want to fork out the money to build that EDI gateway, then this is a free service,’ he said.

He also anticipates the new platform will prove popular for industry groups and government bodies to manage their communities and stakeholders.

“E-invoicing has taken off around the world and governments are moving in that direction and all the studies show how much money the country saves by going electronic. We know, because we are on the working council, that the Australian Government will be introducing e-invoicing in the near future.”

The Australian Government has, he said, indicated an interest in using it.

The author attended Tech Leaders as a guest of Media Connect.