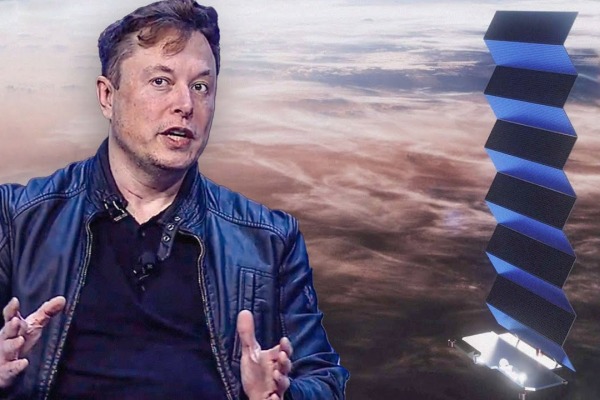 Elon Musk’s Starlink low-orbit satellite service has opened for pre-order for Australia and New Zealand, with the local service expected to launch before the end of the year.

The SpaceX Starlink service is currently in beta with more than 10,000 users across the United States, Canada and the United Kingdom, with Starlink claiming data speeds from 50Mb/s to 150Mb/s and latency from 20ms to 40ms ‘in most locations over the next several months as we enhance the Starlink system’.

“Every new satellite constellation in history has gone bankrupt. We hope to be the first that does not.”

And the cost? Australian pricing is AU$339 a month for the service, while New Zealand comes in at NZ$159. Elon Musk himself has said the pricing should be the same in all countries, with only taxes and shipping varying.

On top of the monthly service charge you’ll need to stump up AU$709/NZ$799 for the Starlink dish and receiver, along with AU$100/NZ$114 for shipping, with the service launching ‘mid to late 2021’ according to Starlink’s site.

The network, which already accounts for more than a quarter of all active satellites with over 1,000 satellites, got a boost this week with the launch of another 60 satellites into orbit on Monday, US time, in a mission which saw the SpaceX Falcon 9 rocket missing its landing on the droneship in the Atlantic Ocean.

A second mission, also launching around 60 satellites, is also planned for this week.

The company plans to create a mega constellation of thousands low-Earth orbit satellites, providing broadband access from just about anywhere, including many remote areas where terrestrial alternatives are limited or non-existent. The Federal Communications Commission (FCC) has filed paperwork for the operation of 30,000 Starlink satellites – and that’s on top of the 12,000 satellites which have already been granted approval.

Some astronomers have complained the satellites, sometimes seen as a line of lights – or satellite ‘trains’ – streaking across the night sky, are ruining the night sky and impeding astronomic observations.

While Starlink may well appeal to those in more remote, often ignored, areas – assuming they have the cash – it does have competition, particularly NBN’s AU$34.95 Sky Muster service in Australia and services such as Gravity in New Zealand.

Starlink Australia has licenses for receivers in Boorowa and Broken Hill in New South Wales, along with Pimba in South Australia and Wagin in Western Australia. In New Zealand it will use the Awarua satellite ground station in Southland.

The Kiwi and Australian pre-order availability is limited with orders fulfilled on a first come, first served basis and ‘may take six months or more to fulfil’, with Starlink warning that placing the deposit doesn’t guarantee service.

The early pre-order model is one favoured by Musk, whose other company, Tesla, used a similar model, with cash from the refundable pre-orders used to prop up the company’s balance sheet and enable manufacturing to continue.

Musk says he plans to split Starlink from SpaceX and conduct an IPO ‘once we can predict cash flow reasonably well’.

“SpaceX needs to pass through a deep chasm of negative cash flow over the next year or so to make Starlink financially viable,” he said in a tweet.

“Every new satellite constellation in history has gone bankrupt. We hope to be the first that does not.”

He also tweeted that ‘if we don’t fail, the cost to end users will improve every year’.

SpaceX has previously said it aims to generate US$36 billion in annual revenue, of which more than $30 billion would be satellite internet revenue – figures taken to task by The Motley Fool recently, which points out at current speeds SpaceX could have 6,000 satellites in orbit by 2025 – not enough to support the volume of users required (at $100/month) to net $30 billion.

Meanwhile, SpaceX, which won US$885.5 million in US FCC Rural Digital Opportunity Funding in December, is facing opposition on that front. The Fund is designed to bridge the digital divide, but several organisations have called for the wins to be scrutinised more closely, saying rural cooperatives and fixed wireless networks were shut out of the deals and noting SpaceX is still in beta testing.