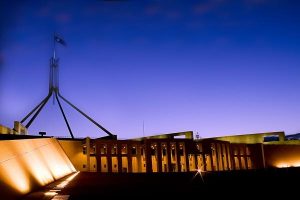 The Federal Government is considering the pros and cons of adopting Drupal 8 for its content management platform govCMS, according to Acquia Asia Pacific and Japan GM Graham Sowden. Acquia signed a four year deal in 2014 to supply its Drupal based platform to the Government in a deal worth up to $24 million.

When the Feds settled on Drupal for content management through its govCMS platform, Drupal 7 was the most recent version of the platform available – Drupal 8 was released last year. So far 79 Government websites have been developed using Acquia’s platform, with a further 19 under construction. In all 40 Agencies have opted in.

They are understood to represent about 20 percent of the overall Government website inventory.

Adam Malone, Acquia senior solutions architect, said that in the months since Drupal 8 was first released it has matured, and would now offer a more object oriented framework and multilingual functions for agencies. This month’s release of a new version of Acquia’s Cloud Site Factory, which can support multiple versions of Drupal simultaneously, will be useful if the Government does opt in the future to promote Drupal 8.

And promote is all it can do; use of the govCMS is not mandated, though it has been supported by the Digital Transformation Office which is charged with supporting agencies’ innovation agendas.

Beyond the Federal Government, the new version of Cloud Site Factory could also be of interest to multinational corporations seeking to develop omnichannel retail solutions as it can support multiple regions, brands and development teams from within a single governance framework.

Leveraging Acquia’s cloud based Content Hub, it’s also possible to manage content from multiple silos, including WordPress or Adobe content silos. Law firm Herbert Smith Freehills for example has adopted this approach to syndicate content across its Sydney, London and Hong Kong firms according to Sowden.

Synchronising websites and online brands is a significant challenge for many organisations; Acquia cites Forrester Research analysis from last year which suggests that globally enterprises manage an average of 268 customer-facing websites and that large enterprises have as many as 10,000 content creators using their digital asset management system. Having a single governance framework should at least help with consistency.

Asked about recent reports that Drupal and other content management systems were being used as attack vectors to launch cyberattacks against companies, Malone said he was not aware of a rise in attack successes, and that the open source nature of the platform should in any case ensure that any vulnerabilities were quickly identified and patched.