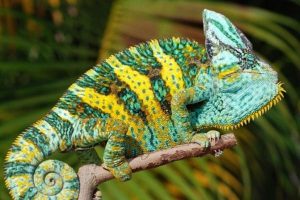 Broader view required as digital drives through the enterprise…

According to the market intelligence company; “When competing at digital speeds and needing to drive digital innovation to the core of every process, product and service, the ability to expand your mindset and see the future from 360 degrees becomes essential.” Beyond becoming chameleons, noted for their all-round vision, exactly what that means will perhaps be revealed at the four day Gartner Symposium being held on Australia’s Gold Coast in October.

Keynote speakers lined up for the event include David Thodey, formerly the head of Telstra and now chairman of CSIRO and Jobs NSW who will talk about Australia’s innovation challenge. That challenge, it seems, is growing, as despite Government initiatives to promote innovation, the World Economic Forum this year rated Australia as 16th in terms of its success in using ICT to transform businesses. That’s down from 14th rank the year before.

Gartner has selected de Crespigny to kick off the event, so, interestingly lessons from disaster will be the first message for this year’s crop of around 1,500 delegates including around 500 CIOs.

After copping plenty of flak last year for failing to have many women speakers (apart from a handful of its own analysts) Gartner has addressed the issue this year with both a female keynoter and CIO presenting.

Gartner is also running a couple of ‘contract negotiation clinics’ for Oracle and SAP users.

One of the challenges for anyone attending a Gartner event is navigating the content – this year’s six streams will be no different. However, the analyst has this year provided four curated options for CIOs at different stages of their career – for the aspiring CIO, the new CIO, the strategic operations CIO and the business strategist CIO.