News > Getting A/NZ back to business with data and tech

Getting A/NZ back to business with data and tech 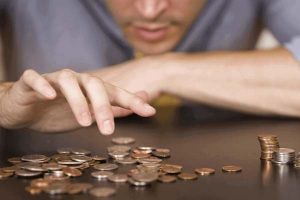 Good data, and an agile, data-based approach to government, will be key to getting New Zealand and Australia back up and running and out of the Covid crisis.

That’s the view of SAP, which has released two public policy papers – one for New Zealand and one for Australia – laying out ways technology can be used to get citizens back into paid work and making SMEs and infrastructure projects more productive, while also making governments on both sides of the Tasman more efficient.

“Even a modest one to two percent reduction could translate into billions of dollars of savings.”

While a cynic might note that the papers push for more of the tech which SAP itself offers – and yes, the paper also makes a number of references to SAP’s reach and abilities in certain areas – SAP says the papers are designed simply to stimulate thinking and discussion about the economic recovery.

“SAP believes this is not a problem the government can solve alone, rather it is a challenge for government, business and the technology sector to solve in collaboration,” the company says.

The unemployment issue
The report questions whether existing New Zealand Government services, such as online recruitment tools, and Australia’s Federal offerings, including the Jobactive Network, are fit for purpose to support the ‘new breed of unemployment’ wrought by Covid-19, and the skillsets of Kiwis who suddenly find themselves without a job. The new unemployed are a more diverse group, including highly skilled people who haven’t previously been on support benefits.

SAP cites issues including siloed data across government agencies, inconsistent data quality and ‘data fog’ – an overwhelming amount of data making it difficult to identify pivotal events and emerging trends – as key issues for both governments in using big data to drive down unemployment.

SAP says the government’s will need to utilise technology platforms and big data, with better – different – data collected on job seekers, to provide more individualised assistance and better marry jobseekers with industry needs, while stimulating the right employment opportunities in the right places and at the right times.

“Experience management platforms can inform tailored economic responses to increase the likelihood that every dollar of government assistance will drive positive job outcomes.”

Firing up SMEs with digitalisation
Improving market access, more efficient procurement and a strategic government IT investment into SMEs is recommended for the SME market, which SAP notes will play a pivotal role in getting both Kiwis and Australian’s back to work.

“Innovation and increasing productivity will be key to growth in this sector,” SAP says. But it also notes that even pre-pandemic, there were worrying declines in innovation and productivity on both sides of the Tasman.

So what do we need to do? Digitise, get e-procurement and e-invoicing working and, for Australia at least, invest in strategic SME manufacturing capacity to reduce reliance on offshore manufacturing of essential supplies top the list for SAP.

The ATO has estimated e-invoicing could save the Australian economy $28 billion over 10 years, with MBIE figures – which include estimates of 282 million invoices being processed annually – suggesting a saving of $4.4 billion a year.

While both governments have recognised e-invoicing’s potential, the reports say it’s time to extend the idea beyond situations where the government is the buyer and take it sector-wide.

In Australia, SAP is also calling for investment in strategic manufacturing capacity reserve with the government partnering with industry and other manufacturing advisory groups to create a ‘digital business platform in a box for manufacturer’s for startups and small to medium manufacturers. “This would deliver a secure, scalable and robust digital platform providing speed to market for small-to-medium manufacturers and help them scale and grow.”

Using ‘digital engineering’, which connects emerging technologies with reliable structured data and which SAP says has been embraced by Transport for NSW, offers the potential to reduce the cost of large infrastructure projects.

It’s an area that includes the potential for digital twins – data-based replicas of real world offerings which can be experimented with, without impacting the real-world offering.

“Even a modest one to two percent reduction could translate into billions of dollars of savings to government,” the reports say.

When it comes to the public sector services, SAP says collaboration and use of data and technology ‘to support a holistic understanding of business lifecycles’ is needed for responsiveness, while upping the digital factor will help improve efficiencies.

“Digital tools such as advanced analytics and AI will play a critical role in delivering a public service that has efficient operations, provides faster reporting, minimises waste, undertakes smarter procurement, hiring and administration.

“They also assist in the analysis of complex policy challenges and support collaboration across the public service.”

Working with industry to apply intelligent technologies and advanced analytical tools to existing processes, such as PAYE, NZBN and AOG procurement in New Zealand and Recruit to retire, source to pay and accounts payable in Australia, would enable collection of empirical evidence to help remove bottlenecks and prioritise system improvements, while identifying opportunities to streamline processes.

And that vexing issues of the borders? A digital health check certificates pilot, courtesy of both governments working with industry to enable movement between ‘trusted’ jurisdictions is touted.