News > Gig economy flourishes, but for who?

Gig economy flourishes, but for who? 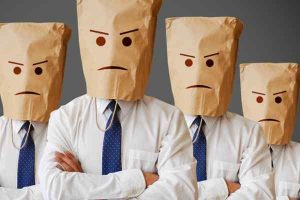 Welcome to the gig economy, a workplace revolution where employers can replace swaths of their expensive old-school 9-to-5 fleets with the new breed of on-demand, pay-as-you-go temps.

It’s the business plan du joir according to new research from recruitment firm Robert Half, which finds a strong impulse to outsource among businesses, driven by new collaboration-tech, the rise of digital labour platforms and a business environment characterised by ever-increasing complexity.

“Companies such as Uber and Deliveroo are just the tip of the iceberg when it comes to potential concerns around the gig economy.”

The benefits for business are myriad: Better ‘control’ over staffing costs, better support for long-term staff absences and better management of workload fluctuations. Other contributing factors include ‘the difficulty of acquiring specific skills on a permanent basis owing to the worldwide war for talent, and the evolving complexity of traditional job roles’.

It’s certainly a compelling business case so, all else being equal, expect increasing numbers of traditionally employed staff encouraged to ‘be their own bosses’ in coming months. The report shows 97 percent of business leaders having ‘identified benefits’ of adopting a more flexible approach to recruitment ‘in the years to come’, with business leaders planning, a 66:34 split between permanent and temporary workers by 2023.

It’s a trend already well underway in Australia and New Zealand. According to the Australian Bureau of Statistics more than one million Australians are already classified as ‘independent contractors’. The numbers are harder to come by in new Zealand, but it’s on the governement radar regardless.

“Every aspect of our working lives is changing,” Finance Minister Grant Robertson, chair of the  Future of Work Commission, said in a speech last year.

“Whole jobs are disappearing and almost every job is being reshaped. The very notion of what a job is has been challenged by the so-called gig economy.”

It’s all part of a great and very necessary shift towards a tech-centric society, insists Robert Half.

The gig economy is ‘crucial’ for addressing businesses’ demands for greater flexibility, says the report, especially for those looking to grow.

“Contract workers are essential for scaling any business and ensuring a contingency workforce,” says the report.

“With the growing split of permanent and contract workers, employers need to ensure they are maximising the benefits of the professional gig economy and embracing the long-term strategic gains that temporary workers provide, such as increased staffing flexibility, access to skills and better management of workload fluctuations.”

There’s little doubt the gig economy is great for the bottom line – especially those organisations looking to hire and fire quickly as roles evolve and new skills are required at short notice. But what about the downsides for workers facing perpetual temping as traditional workforces are dismantled? And what of the protections and benefits that traditional full-time employment offered as a matter of course, such as holiday pay, sickness cover.

Following five years of record low wages in Australia, we may just be entering a new age of insecurity for workers. Popularisers of the gig economy – looking at you, Uber and Amazon – have been criticised for their treatment of workers across the world. A report from Prudential found that gig-economy workers in the US earned just 58 percent of the equivalent full-time wage, without any of the employer-sponsored benefits of healthcare or pension plans. Similarly, fair work research from University of Oxford found that gig working has a ‘destabilising’ effect on those who do it, in both the West and the developing world.

“Our findings demonstrate that companies such as Uber and Deliveroo are just the tip of the iceberg when it comes to potential concerns around the gig economy,” says the research.

“In developing countries vast numbers of people are being hired to do outsourced tasks by people in countries such as the UK and the US who have no idea about local employment regulations and their application.”

There is already a growing call for Uber drivers to unionise, something which Uber has tried – and so far failed – to block.

So are we really entering an age of the ultra-empowered independent workers? Perhaps, but we also appear to be creating a potentially overworked, insecure labour market which lacks the bargaining power traditional employment arrangements had.

Now it’s not all bad – far from it. Some research into alternative work arrangements finds higher reported levels of happiness from workers eager to make their own hours, ditch a daily commute or simply not have to deal with office life.

But fools rush in where angels fear to tread and business models predicating on avoiding the payment of entitlements – that would in any other circumstance be required by law – is an unsustainable business model.

The gig economy has the potential to empower both employers and workers. If that same system ends up creating a legion of disaffected, unsatisfied workers however, consider it an unstable one, and one that will inevitably correct itself, one way or another, in the future.