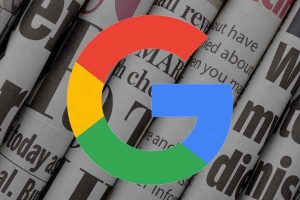 It started in May with a shot across Google’s bow courtesy of the ACCC, Australia’s competition regulator.

The watchdog had released the first draft of the News Media Bargaining Code, a proposed mandatory code of conduct that would address the ‘bargaining power imbalances between Australian news media businesses and digital platforms’, specifically Google and Facebook.

That imbalance had led to creators and publishers being forced to accept ‘less favourable terms’ for their inclusion on digital platform services, said the ACCC, and the proposals, if accepted, would set strict new rules of negotiation between platform giants and news businesses in Australia.

Failure to abide by the guidelines? Fines of up to AU$10 million per breach, three times the benefit obtained, or 10 percent of annual turnover, ‘whichever is highest’.

“This approach is distinct from our other news products because it leans on the choices individual publishers make about which stories to show readers.”

Suffice to say, neither Google nor Facebook were a fan of the proposals, with the former publishing an open letter promising Australians dire consequences – including unfair advantages delivered to news media organisations and unsafe handling of user data – if the government meddling was allowed to continue.

“We deeply believe in the importance of news to society,” wrote Mel Silva, managing director, on behalf of Google Australia in August.

“We partner closely with Australian news media businesses – we already pay them millions of dollars and send them billions of free clicks every year. We’ve offered to pay more to license content. But rather than encouraging these types of partnerships, the [proposed] law is set up to give big media companies special treatment and to encourage them to make enormous and unreasonable demands that would put our free services at risk.

“We’re going to do everything we possibly can to get this proposal changed so we can protect how Search and YouTube work for you in Australia and continue to build constructive partnerships with news media businesses – not choose one over the other.”

Google’s open letter kicked off some public back and forth between the ACCC and the digital giant, with Facebook entering the fray to publicly threatening a suspension of the platform’s news sharing functionality entirely if a framework such as the News Media Bargaining Code was adopted.

“When crafting this new legislation, the commission overseeing the process ignored important facts, most critically the relationship between the news media and social media and which one benefits most from the other,” wrote Will Easton, Facebook Australia and New Zealand managing director.

“Assuming this draft code becomes law, we will reluctantly stop allowing publishers and people in Australia from sharing local and international news on Facebook and Instagram.

“The ACCC presumes that Facebook benefits most in its relationship with publishers, when in fact the reverse is true. News represents a fraction of what people see in their News Feed and is not a significant source of revenue for us.”

That provoked a response from the ACCC too, with chair Rod Sims calling the threat ‘ill-timed and misconceived’, but not offering much in the way of rebuttal, except to say that the code simply aims to bring ‘fairness and transparency to Facebook and Google’s relationships with Australian news media businesses’.

So when a couple of unstoppable internet titans meet the immovable ACCC, what happens next?

Google’s come forward with an idea: The search giant says it will now invest $1 billion in partnerships with news publishers and create a platform that sees news standards – and commercial incentives for publishers – maintained, and, it hopes, media regulators appeased.

Dubbed Google News Showcase, the solution is a series of interactive story panels that appear in the Google News mobile application. News creators supply the content, Google curates it, and pays for the stuff that’s up to snuff. Google says that deals have already been inked with almost 200 publishers in Germany, Brazil, Argentina, Canada, the UK and Australia.

“These panels give participating publishers the ability to package the stories that appear within Google’s news products, providing deeper storytelling and more context through features like timelines, bullets and related articles. Other components like video, audio and daily briefings will come next.

“This approach is distinct from our other news products because it leans on the editorial choices individual publishers make about which stories to show readers and how to present them.”

But though it originally announced that Showcase would launch in Australia, Germany and Brazil (with other countries coming ‘over time’), Australia has been dropped at the last moment, with Google citing – you guessed it – ‘serious concerns’ over the impact of the News Media Bargaining Code.

Sure, on paper, Google’ decision not to go ahead with the Australian launch looks a little peevish, but Silva insists that Google is indeed committed to finding a solution that satisfies publishers, the ACCC and its shareholders.

“Regulation framed in this way would set a bad precedent,” says Silva. “Most businesses support sensible regulation – but not heavy-handed rules that favour one group of companies over all others.

“The issues with the draft code are serious, but we believe they can be worked through in a way that protects full and fair access to Search and YouTube for every Australian business.

“We’ve made it clear that we want to contribute to a strong future for Australian news, and we’re engaging constructively with the Government and the ACCC to try to find a resolution – making proposals for changes that would support a workable code.”