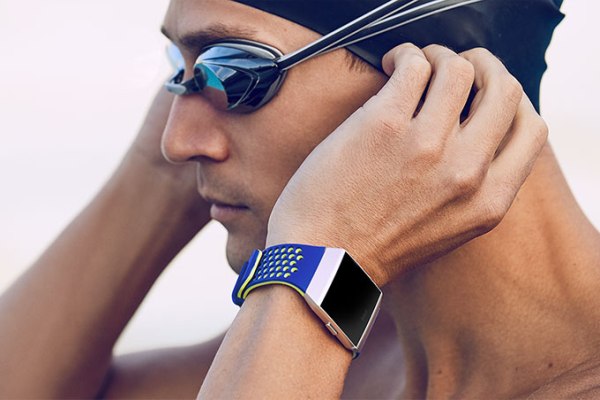 It’s been dubbed ‘sinister’ by some privacy and antitrust experts, but according to Google its US$2.1 billion acquisition of Fitbit is a done deal.

The two companies announced last Friday, US time, that the deal has completed, 14 months after it was first revealed. That announcement reportedly comes despite approval from the Department of Justice in the United States – where both companies are based and where Fitbit has one of its highest market shares – having not yet been granted, with the DoJ antitrust investigation still underway.

“We will consider whether to take legal action on this matter.”

Australia’s ACCC is among the other regulators still looking at the deal. It’s now considering legal action and has launched an ‘enforcement investigation’.

“As a result, and depending on the results of our investigation, we will consider whether to take legal action on this matter,” ACCC chair Rod Sims says.

In December, the ACCC rejected a ‘long term behavioural undertaking’ offered by Google, with Sims saying the authority continued to be concerned Fitbit rivals, other than Apple, would be squeezed out of the market as they’re reliant on Google’s Android system and other Google services to make their devices work effectively. The ACCC is also concerned about the potential for Google to become ‘the gatekeeper for wearables data, similar to the position it holds for smartphones which licence the Android operating system’.

In December the EU accepted a similar Google undertaking preventing Fitbit users’ health and location data being used for advertising and requiring Google to continue to license public APIs required for ‘wrist worn devices’ to interoperate with an Android smartphone, for free.

But Sims says he’s not confident the undertaking offered in Australia could be effectively monitored and enforced locally.

Google, meanwhile, is at pains to say the deal isn’t about data, saying the acquisition ‘has always been about devices, not data’.

“We worked with global regulators on an approach which safeguards consumers’ privacy expectations, including a series of binding commitments that confirm Fitbit users’ health and wellness data won’t be used for Google ads and this data will be separated from other Google ads data,” Rick Osterloh, Google senior vice president for devices and services, says in a blog.

“We’ll also maintain access to Android APIs that enable devices like fitness trackers and smart watches to interoperate with Android smartphones, and we’ll continue to allow Fitbit users to choose to connect to third party services so you’ll be able to sync your favourite health and fitness apps to your Fitbit account,” he says.

Certainly, the wearables market is hot to trot.

But despite that – and Google being early to recognise wearables potential – it has failed to capitalise on the market, seemingly floundering while competitors bounded ahead. Take Apple. While it doesn’t break out revenue for wearables alone, its ‘wearables, home and accessories’ revenue (which includes Apple Watch, Apple TV, Airpods, Beats products among others) exceeded Mac revenue for the first time in January 2020 and hit US$30.6 billion for the 2020 financial year, up 25 percent on 2019.

Google’s Wear OS, meanwhile, is a zombie OS, having not seen a major upgrade since 2018, and while its available on devices from brands including Huawei, Fossil, Xiaomi and Kogan, it doesn’t have its own specific hardware offering. The Google Fit website, which provided access to all your user stats, a la Fitbit and Garmin, died a quiet death a couple of years ago.

Even Fitbit itself – once the leading name synonymous with fitness trackers – has faltered in recent times. Counterpoint Research puts its share of global smartwatch revenue at just 2.4 percent for the first half of 2020, down from 3.4 percent a year earlier. Apple dominates with 51.4 percent, with Garmin sitting at 9.4 percent. Huawei rounds out the top three with 8.3 percent.

Google is giving little away about its plans for Fitbit, with plenty of rhetoric, but little detail and the focus instead kept on attempting to ally privacy concerns – a key issue for the notoriously data-hungry Google given all Fitbit’s data, which includes location data, user heart rate information and sleep data, along with all that step information.

When it comes to future plans, Osterloh says simply that Google wants to make health and wellness ‘more accessible to more people’.

“Technology can change the way people manage their health and wellness, and that’s especially important these days. We’ll work closely to create new devices and services that help you enhance your knowledge, success, health and happiness,” he says.

There’s reference too, from Osterloh of combining Fitbit’s technology with Google AI, software and hardware.

Back in 2019, in announcing the deal, Osterloh said Google saw an opportunity to invest even more in its Wear OS as well as introduce Made by Google wearable devices into the market. Mention of Wear OS was noticeably absent from last week’s announcements.

James Park, Fitbit CEO, president and co-founder, is equally light on detail about the future plans in his blog post announcing the finalisation of the deal.

“We’ll be able to innovate faster, provide more choices and make even better products to support your health and wellness needs… With access to Google’s incredible resources, knowledge and global platform, the possibilities are truly limitless.”