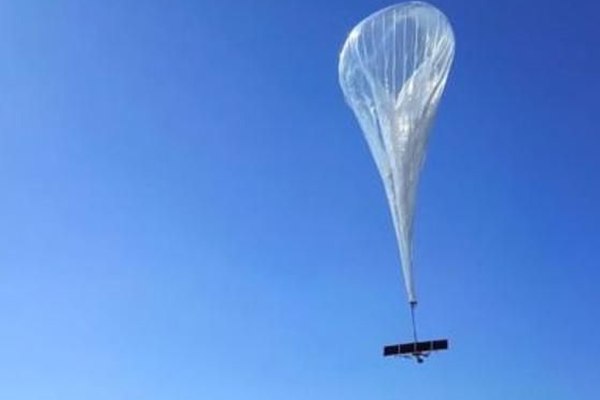 But race for remote connectivity continues…

Google parent Alphabet’s has stuck a pin in its Loon initiative to take internet services to ‘the last billion’, conceding that the nine-year old project isn’t commercially viable.

The ‘moonshot’ Loon was to have delivered wireless internet to rural and remote areas using high-altitude balloons, but last week came crashing back to earth, with Astro Teller, Loon board chairman and CEO of X – Alphabet’s ‘moonshot factory’ – admitting the road to commercial viability ‘has proven much longer and riskier than hoped’.

In a blog post, Alastair Westgarth, Loon CEO, says the company hadn’t found a way to get the costs low enough to build a long-term, sustainable business and Loon was being wound down.

The road to commercial viability has proven much longer and riskier than hoped.

Loon launched its first balloons in 2013 from New Zealand’s Lake Tekapo, amid a fanfare of publicity, with a Leeston farmer the first to get Loon internet access in an early test of the initiative. Thousands of the solar powered polyethylene, helium-filled balloons – each the size of a tennis court – were planned with the goal of launching them 20km into the stratosphere.

It was an ambitious project. And it did have successes: It was deployed in 2017 to assist with emergency connectivity to more than 200,000 people in Puerto Rico following a hurricane, and to provide LTE services in Peru after a 2019 earthquake.

Last July it launched a commercial pilot with telco Telkom to provide 4G LTE coverage in across nearly 31,000 square miles of Kenya – one of the more advanced developing countries for internet adoption with an estimated 39 million out of 48 million people connected.

But a November report from The Information suggested Loon was facing financial pressure, after burning through all the cash it raised from an external investor, and with Alphabet – which last year pulled its support for another of its moonshot projects, Makani, which aimed to harness energy from kites – having to top up funds as the company sought new investment.

Loon fell within Alphabet’s ‘Other Bets’ category, which recorded an operating loss of $1.1 billion in Q3. Google, in contrast, racked up $12.6 billion in operating income for the same period.

Loon isn’t the first project of this ilk to be shuttered. Back in 2018 Facebook grounded its version, Project Aquila, which was using drones, after it failed to gain the long flight times managed by the likes of Loon. The project, which ran for four years, saw Facebook attempting to design and manufacture its own high-altitude aircraft, but the solar powered Aquila drone – which had a wingspan of a Boeing 737 – managed only 90 minutes in the air.

At the time Facebook’s director of engineering, Yael Maguire, said the company would continue to work with partners like Airbus on high altitude platform systems (HAPS) connectivity, before the project went quiet.

Instead the focus appears to have moved to low earth orbit satellites. Elon Musk’s Starlink aims to have 42,000 satellites in orbit. It’s already in limited use in North America and the UK.

Once the poor cousin when it came to internet connectivity – with serious lag and high expense – LEO satellites orbit between 200 and 2,000km, rather than 36,000km, reducing lag.

Google and Facebook too are now betting on LEO satellite, with Facebook’s Athena and Google’s Satellite Constellation. Not to be outdone, Amazon also has its US$10 billion-plus Project Kuiper, with a planned constellation of more than 3,000 satellites.

OneWeb which went bankrupt last year when key financier Softbank pulled the plug, was sold to a consortium of India’s Bharti Global and the UK government, with 36 satellites launched by the company under its new ownership, joining 74 (of 648) previously launched.

Vanity projects or not, getting internet connectivity to remote areas has some big benefits: Back in 2016 the World Economic Forum noted that the lack of internet connectivity in Liberia had made it hard to map outbreaks, mobilise communities and manage supplies and logistics in the wake of a deadly Ebola outbreak. Five years on, and in the midst of a pandemic, the race for connectivity continues.