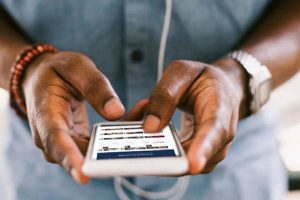 What could possibly go wrong?…

Australians looking to engage with government could have a new, one-stop-shop option in the future with the Digital Transformation Agency’s latest transformation project.

“People and businesses increasingly want to interact with government through digital channels,” says the agency. “Large, customer service-focused companies have modernised and transformed their digital experience in recent years. Australians expect a similar experience from government so they can easily access information and services when and where they need them.”

To that end the Government is developing a new platform, dubbed GovDXP (Government Digital Experience Platform) which aims to provide users with personalised access to government services in a single, convenient digital location.

Simply put, the Government’s vision is for its citizenry to be able to access services via a secure dashboard – tailored to the customer’s needs and organised on one screen – including notification services, integration with the myGov Inbox and content personalisation.

“Customers can save time on forms because information they have already provided, such as date of birth, is pre-filled,” says the DTA.

“Government can provide important notifications, such as information about bushfires, which customers can action on the same platform, by applying for relief payments for example. Customers can see how agencies are using and sharing their data and adjust data sharing permissions and tell agencies once about a change in their circumstances.

“The proposed enhancements to myGov will enable a more effective model for government to deliver the services and information Australians need, in a way that works for them.”

According to the DTA, the new front end will provide dashboard, profile, inbox and forms, along with information systems such as content pages and notifications.

“The platform will collect services, apps and other customer experience capabilities to give users everything they need,” said the agency in a recent blog post. “This will operate on a ‘Netflix’ model, providing users with what they need to do next based on their previous interactions with government services – similar to Netflix’s ‘recommended for you’.”

Itself designed to be a self-service portal for government services, myGov was launched in 2013. While 17 million myGov accounts are in existence with more than 170,000 people on average using the service daily, the DTA has admitted several clear systemic issues for people who use government services. Among those, the lack of a ‘single source of truth’ across government information, inconsistent and inaccessible content, lack of clear pathways to reach outcomes and failures around service delivery.

The performance of the platform has been under particular scrutiny recently. The myGov service was recently temporarily pushed offline as scores of Australians who had lost employment due to Covid-19 attempted to access government support via the site. Adding to the embarrassment, Government Services Minister Stuart Robert initially blamed the problem on a DDoS attack before admitting it was, in fact, the result of 3.2 million logins to the site in 20 hours. (To address the overload, myGov received a user capacity boost to 55,000 – up from around 6000 users – and then another, bringing the service to an estimated capacity of around 300,000 concurrent users, so far without problems.)

“In addition to the above pain points, government lacks an effective communications platform to proactively notify Australians of important or urgent information such as that required during national health emergencies or natural disasters or information on entitlements and fast access to services”.

The rollout is expected in three stages, dubbed ‘Horizon releases’, the first of which – a new home page of Australia.gov.au focused on the coronavirus pandemic – is already completed.

The Government has been seeking partners to design and deliver a digital platform, announcing last week the selections of both McKinsey & Company and Deloitte Consulting to help with the project. Repeat government contractor McKinsey, at a cost of around AU$1m, has been selected to develop a business case for GovDXP, with Deloitte enlisted to develop the platform, again at around AU$1m.

That sounds worthwhile enough, and yes, a slick and responsive one-stop-shop-platform – especially one that draws on the best part of successful commercial models – sounds great on paper, but it’s early days yet. Just how much GovDXP the platform will actually change the way Australian’s engage with public services in the long run remains to be seen.

For its part, the DTA is setting expectations low, saying for now that the platform will operate ‘as an extension to, and in parallel with, myGov’.