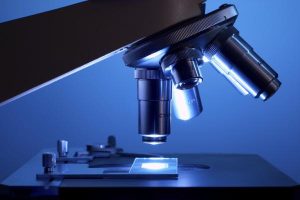 Awards programmes don’t just give a shiny gong to the winners, they help the host company to identify trends and see where its priorities should lie…

Once upon a time IT awards went to the engineer who trudged through the snow and fought off wild beasts to reach a customer and provide a fix. Now, they go to the people who have been proactive, strategic, and critical advisors. That’s according to ERP vendor Greentree’s CEO Peter Dickinson reflecting on the evolution of awards programmes.

Speaking to him on the occasion of the announcement of the Greentree 2016 Awards, Dickinson revealed that while he enjoys handing out the gongs, the best part for him is reading all the nominations. He makes the effort to read all of them – somewhere between 150 and 200 applications this year – and while he admits that he might be the odd one out of CEOs who do this, it is a process that he recommends to everyone in his position.

“We tend to get so busy doing the doing, we don’t take the time to reflect on who is doing well and who’s happy or not. It is really only when you do that [read every application] that you see the gems; when you go through the detail you see the really positive stuff that’s happening and the wider trends.”

Many of the applications are incredibly detailed because applicants are “rightfully” very proud of their work said Dickinson. To him that detail is important because “it’s out of the detail that you get truth,” he says.

This year’s awards threw up a number of trends which will help Greentree to focus its efforts further in the future. Something that came through strongly, and which Dickinson already alluded to, is the need for partners and consultants to be proactive. The break-fix model is broke and that has been a challenge for the channel he said, but the winners are the ones that are being pro-active and stepping up to the role of critical advisor.

Dickinson also noted a lot of urgency from clients, driven by customers who have come rather late to the realisation that they need to transform their technology foundation in order to be able to compete. “There is, dare I say it, a little bit of an element of wait and hurry up,” he said, describing the situation of clients who finally take the decision to make a momentous change and then champ at the bit to get the work done. It would be easy in this instance for consultants to go in all guns blazing, but the successful implementations, said Dickinson, are the ones where the IT partners have helped the client to take a staged approach and build and ongoing technology journey.

Just as much as the desire to get things done, is the desire to see results. Sales have become hugely benefit based – there are lots of eyeballs on how the technology is going to solve the problems of today and set up for rapid future improvement. It’s something that Dickinson applauds as it helps to deliver real value and is also improving sales of Greentree’s operational intelligence suite.

Asked which person or company stood out the most, Dickinson of course mentioned the Don Bowman Initiative Award recipient which, unusually, went to a single consultant Paul Howarth in the UK. Dickinson also added that the Consultant of the Year category stood out to him particularly this year: “It’s the one where we get the most nominations. I’ve got huge respect for those guys – I joke about me being detailed but I don’t think I’d be able to foot it with those guys,” he said.

You can read more about the award recipients here.