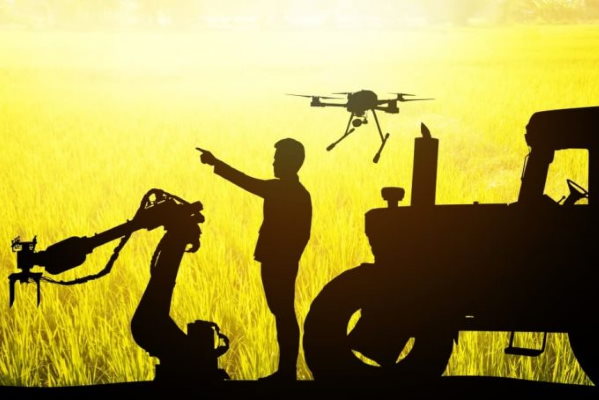 Investment in New Zealand’s agritech sector has bounded ahead in 2021, but there’s plenty more that can be done to raise the market further still, from sharing public research IP with startups to faster commercialisation of products.

That’s according to a panel of agritech experts who came together this week at the industry launch of the Technology Investment Network (TIN) Agritech Insights Report to discuss the sectors potential – and potential obstacles.

The report shows the 22 largest agritech companies – there are now 133 across New Zealand – logged combined revenues of $1.4 billion, with a five year CAGR of 8.0 percent. Exports were up 7.5 percent to $790.4 million.

“We have a disconnect between public sector R&D investment and getting that into startups.”

They’re a mature group of companies, with an average age of 25 years, and TIN managing director Greg Shanahan says agritech is also a sector distinguished by significant profitability.

In 2020 there were a modest seven angel investments made, worth around $8.6 million. This year, however, has seen significant venture capital investment, with Halter raising $32 million and utility electric vehicle company UBCO having just raised $15 million.

Dean Tilyard, venture partner for Finistere Ventures, which specialises in agricultural investments, says of investments in New Zealand: “There is not as much as there should be, and there is more than people think.”

Around 15 agritech companies have done Series A+ investments in the past four years. “So we can produce these companies, but we need to do more and we need to have a bigger pipeline.”

He’s a big proponent for more sharing of public sector IP – dubbing the topic one of his hobby horses – and believes realising the investment from public research would make a big contribution to improving the pipeline of companies.

“We have a disconnect between public sector R&D investment and getting that into startups,” Tilyard says.

“New Zealand spends about $500 million plus a year on public sector R&D, which is a really large amount for a country our size and reflects that great agriculture sector we have.

“We have been really successful at transferring that into industry – you can see that in our dairy and sheep genetics and our forage where we are world leaders leaders, and that underpins our plant breeding as well – kiwifruit. Has been a great example.

“But what we are not great at is transferring that IP into startups, and if you look around the world at agritech and food tech, it is startups that lead the innovation.

“We have disconnects there,” he says.

“We see this as a number one issue for NZ to really focus on with the objective that we should be absolutely world class at transferring IP out of our universities and crown research into small high-growth well-invested in companies.”

“The cost of launching often far outweighs the research that goes into it so you want to make sure that the R&D you are developing is commercial before spending too long on it.”

Jason Wargent, chief science officer for BioLumic which uses UV light to boost crops, says his company has taken a two-pronged ‘attack’ to R&D, working with universities and CRIs, but also having its own R&D operations.

“What we have seen with the likes of bringing some of the semi-traditional non diluted funding is that it helps if you know what you want and you are also contributing to what you want out of that R&D outcome,” he says.

“You’re not just setting up the kind of work you want to be done and then allowing a provider to go away and get on with it. You really need to be in it, boots on the ground.”

D’Souza also keen to see faster movement to commercialisation – something she believes is a key challenge for local agritech startups.

“You need a strong pipeline of ideas feeding in but also moving through the pipeline and getting out the other end into real products.

“And part of the challenge there is that there is a really long time to development and actually create these into products, so you need to have that risk appetite to keep investing and getting these products developed.”

Leila Deljkovic, co-founder of Cropsy, which provides a tractor mounted camera system which monitors farmers land and crops as they go about their daily business, says red tape is also holding the sector back, but she also flagged a mismatch between what is being developed and what is actually needed by the end user.

That, she believes, is a key reason why some startups fail: A misalignment between investor expectations and tech readiness or business models not aligning with what the end user is expecting.

A lack of support for deep tech agritech companies is also an issue, she says.

“The ecosystem is missing support for deep tech agtech companies – the technologies that fundamentally are transformative and not producing incremental marginal benefit like some digital technologies.

“Digital technologies aren’t really changing the world anymore, it is deep tech and that is where the support for these companies is missing.”

As to the future, Brendan Mahar, NZTE’s international market manager for Latin America, says productivity and efficiency will continue to be big drivers, with increased demand to feed the world and for sustainability.

“The next big thing is around how do we possibly pitch ourselves around the products we’ve created here which are unique to NZ and position ourselves into some of those global mega trends, and then how do we help farmers integrate and make use of those advances in tech and how do they work together to help them,” he says.

“It’s not one big thing. It is building on what we’ve got and then looking at some of the other areas we can find a niche to play in with our skills and technology.”