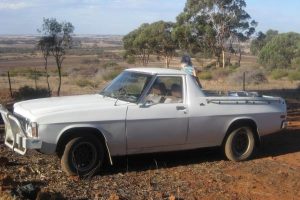 The Australian Bureau of Statistics has blamed IBM for last month’s Census debacle. In its submission to the Senate Inquiry into last month’s failure of the online system it notes; “The online Census system was hosted by IBM under contract to the ABS and the DDoS attack should not have been able to disrupt the system. Despite extensive planning and preparation by the ABS for the 2016 Census this risk was not adequately addressed by IBM and the ABS will be more comprehensive in its management of risk in the future.”

In that document the ABS notes that IBM which was awarded the contract after a limited tender had indicated that the solution it proposed would be “highly resistant to web application security attacks”, including DDoS attacks. That proved not to be the case.

While the special advisor to the Prime Minister on cyber security, Alastair MacGibbon, has yet to release his full report into the failure, in a submission to the Senate Inquiry he noted that it was the ABS which made the decision to shut down the website following a series of DDoS attacks. He has indicated publicly that the DDoS attacks were relatively small and notes in the submission that such attacks are common within Government and routinely dealt with.

The ABS however claims that IBM failed to properly implement its geoblocking security solution to reduce the impact of overseas attempts to crash the system.

Vice chairman of the Australian Privacy Foundation, David Vaile, characterises the failure somewhat differently; “You retain someone to provide a cheap open-top ute service to go round Melbourne and collect some ‘new oil’ [data] in a bath for you. When the weather predictably starts to sprinkle like it always does, you suddenly wish you’d ordered the proper ute with a roof like you’d been offered, but you can only pull a tarp over and decide not to do the full run, hoping it won’t really rain despite the gathering clouds.

“When the wheels start to go wobbly as you hit a bump turning a corner, their driver gets jumpy and says ‘that blinking indicator light looks like we’re leaking’; so you all jump out and run home, leaving the motor running.

“The rain comes down but luckily you aren’t there any more, just a growing crowd of people bringing their oil to the ute, repeatedly waiting 15 minutes and trying again, like your flashing sign keeps on saying to, until they eventually just give up.”