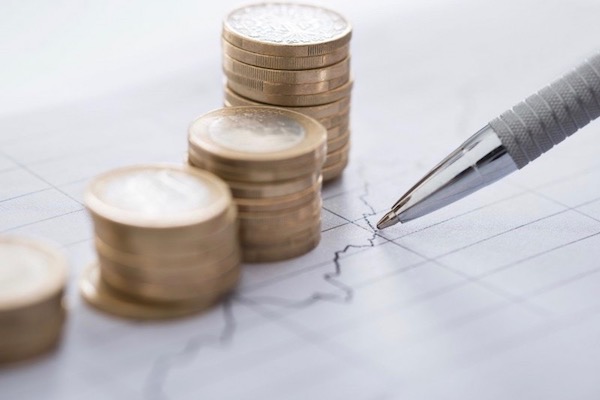 CEOs are expecting a persistent and significant rise in inflation to last at least three years, but it’s not stalling digital initiatives though it is changing their focus.

That’s the upshot of two key discussion papers from Gartner in recent weeks as market around the world grapple with rising inflation on business. Coupled with that is the ongoing supply chain disruptions.

“It’s not that these CIOs aren’t aware of it, it’s just the tradeoffs they’re forced to make by the prevailing conditions.”

Andy Rowsell-Jones, Gartner distinguished VP analyst, says money is still being invested in IT and digital, but the rationale for the investment is ‘somewhat different’ to how it might have been a few years ago.

Back then, Rowsell-Jones says, businesses were being ‘highly speculative’ with plans to transform their business.

“Not there is much more of an element of rationality, where you are seeing investments in digital that are very much more closely related in time and to the core business,” he told iStart.

“So if your core business is digging stuff out of the ground, you might be looking at digital to make that as efficient as possible. You won’t be heading off to become a bitcoin trader or something.”

Fifty-four percent of those surveyed wanted to maintain their new digital pace, accelerated through the pandemic, while 34 percent want to pursue an even higher digital vision and ambition.  To support that, 85 percent reported increased investments in digital capabilities and 778 percent were increasing IT investments year on year for 2022.

“Digital technology will be integral to growth strategies and will have long-term dampening effects on inflationary trends,” the report, Inflation Won’t Stall Digital Transformation Provided Customer Experience is a Focus, says.

The report cites historical precedent, noting digital products and services are generally cheaper and price rises more incremental than non-digital goods; CEOs seeking productivity enhancements have invested in digital to improve supply chain efficiency and achieve supply-side cost reductions which can be passed on to customers or allocated toward initiatives, and digital technology has driven efficiencies of scale.

Rowsell-Jones is a little less sanguine.

He says well known companies and ones with huge cachet putting up pricing in order to deal with inflationary pressures is an option. For smaller companies and those without cachet, it is much more problematic.

“In which case the only alternative is to start shifting towards using your resources, spending capital on cost optimisation of your whole supply chain.

“Which gets interesting at the moment given supply chains are in a bit of a mess. It’s a bit of a curate’s egg,” he says.

“It comes back to who has pricing power and that determines what digital does for you.

“If you don’t have pricing power you still have to have a way of making your customer love you so you’re looking at investing in digital to enrich the customer experience,” he says, noting continuing heavy investment by Australian and New Zealand companies in UX and UI.

“If you’re tier two and you can’t price, then you’re probably looking at digital to try and reduce your operating cost. That’s what it boils down to.”

A second paper, Asia/Pacific Leaders Must Turn from Revenue to Profit Growth – and Back Again, notes, as the title suggests, a shift from revenue growth to profit and market share growth as a short term manoeuvre to respond to inflation.

The report found for those planning to use digital and IT capabilities for growth in 2022-23, 56 percent were looking for that growth to come from new customers in existing markets, with 50 percent looking for increased market share.

“Customers are struggling with inflation too. The enterprise can win over new customers by using digital technology to lower their costs,” the report notes.

For CIOs, Rowsell-Jones notes there is still a huge element of uncertainty in the future.

It’s an element that plays to one of Gartner’s current pet themes: Composability. But Rowsell-Jones is blunt, while he’s an advocate for composability – the concept of creating your business from interchangeable building blocks across business architecture, thinking and technologies – he admits it’s not easy.

“It’s still something that is relatively less advanced here in Australia and New Zealand than it might be in other places. Software vendors solved this problem of how to reuse code, business processes, a long time ago, but it’s a problem most in-house IT organisations are still to address.

“It’s not that these CIOs aren’t aware of it, it’s just the tradeoffs they’re forced to make by the prevailing conditions they’re operating in.”

By that, he means the conundrum is that in the long composability or reuse might be a good thing, enabling companies to change reasonably quickly with reasonable levels of risk, but in the short term it is hard to make the case because it is a more expensive and slower process.

“If you can crack this composability, then it does allow you to change more rapidly into the future,” he says.

“If you can reconfigure your world using a modular approach, microservices and APIs or something a bit bigger, you can change the way you operate, the types of products you sell and services you offer, perhaps change way you sell, or change features reasonably quickly but in a predictable way.

“There is an element of discipline that is required. Agile development doesn’t mean single use. That’s really the though process that is not really something our CIO leaders are looking at, principally because there is no incentive for them to do so.”

If you’re building reusable components over a period of five years, Rowsell-Jones says that makes sense.

“But if you’re building reusable stuff where no one actually reuses it or your taking a two year time horizon, it doesn’t make sense at all because generally reusable stuff is a engineered to a much higher degree of precision, it has to be tested with a much higher degree of thoroughness because you can’t just go and tinker with it, because if you tinker with it it might break and someone else is using the process for something else.

“So that is the challenge.”

“One fo the challenges for any IT leader is that demand for digital is almost infinite. Everyone wants you to do digital things for them.

“The challenge with that, particularly if you have the IT organisation as a bottleneck, is you basically run out of money and capacity.”

While it’s fraught with difficulty if not managed well, Rowsell-Jones says for organisations providing mature low-code, no-code radio button click tools with the guard rails built in, can reap rewards.

“The IT organisation needs to figure out rules and regulations around the use of these tools and run them and all those things, but it does seem to be an increasingly popular solution.

“That’s why when you talk to vendors about low-code, no code offerings, they’re so bullish at the moment, because they see that as being an interesting part of the future and I think they may well be right.”

Companies should also analyse talent management strategies in the context of the new inflationary pressures and look to low-code, no-code and democratisation of IT for assistance in skills deficit and talent shortages, offloading some work to budding wannabe developers in business units, while also tapping into other non-traditional sources of talent such as crowdsourcing platforms like TopCoder.