Innovation and emerging tech in focus 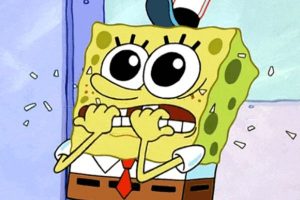 Local companies might have innovation as a top priority and be enthusiastic about emerging technologies, but they’re not necessarily being lured in by the latest shiny tech – at least not without good reason.

A new survey shows that while Australian companies have their eye on emerging technologies such as IoT, big data, AI and robotics, they’re taking a more circumspect view of the offerings than their international counterparts.

Risk aversion, budget constraints and, importantly, a lack of a clear business case are among the primary factors causing a go-slow approach.

In fact one in three Australian businesses surveyed in the International Trends in Technology and Workforce, from IT trade association CompTIA, reported ‘mostly feelings of trepidation’ about emerging technology, citing risk aversion (29 percent), budget constraints and, importantly, a lack of a clear business case as among the primary factors causing them to take a go-slow approach.

On the flip side, half of Australian businesses had a ‘positive’ view of emerging technology, with 18 percent taking the middle ground position, with equal parts excitement and trepidation.

That’s in comparison to the global averages of 54 percent ad 21 percent, respectively. (New Zealand wasn’t included in the survey of more than 1,500 business and technology professionals across 14 countries.)

IDC has forecast global spending on hardware, software, services and telecom to hit nearly $5.2 trillion this year, with Australia accounting for $93 billion of that.

The industry analysts have also forecast sales of emerging tech – shorthand for technologies in their early- to mid-stages of adoption and currently encompassing everything from drones and 3D printers to AI and blockchain – to increase 105 percent during the 2019-2023 time period, adding $1.5 trillion in new revenue to the global technology sector. It’s a category expected to account for 17 percent of the overall technology pie this year, as categories such as AI, blockchain, AR/VR and IoT gain further traction and move into new segments of customers.

But even if there is some trepidation about emerging technologies, 98 percent of Australian companies rate technology as a primary or secondary factor in reaching business objectives – ahead of the global figure of 95 percent.

There is, however, a disconnect between that belief that technology is a priority and the one-quarter of respondents who believe their company’s allocation of tech budget is ‘too low’.

When they do spend, 62 percent Aussie firms are getting an ‘excellent’ or ‘good’ ROI. Key contributors to the perceptions of disappointing ROI include staff time required to operate or maintain, ongoing maintenance and support fees, upfront cost/too expensive, complexity/poor user experience, required upgrades/built-in obsolescence and insufficient features/capabilities.

IoT and big data are the emerging technologies gaining greatest implementation traction and the CompTIA survey offers up some insight into local adoption of the emerging technologies, or emtech, with 32 percent of respondent companies professing to be in full production with big data and 29 percent with IoT. Twenty-seven percent say big data is in limited use in their business, while 30 percent are at exploratory stage. And on the IoT side, 33 percent are in limited use and 26 parent are still exploring. (Globally 31 percent are in full production with IoT, and 30 percent with big data, with limited use for both categories sitting at 29 percent.)

“Granted, there is a continuum of use, from basic sensors on a network that could be characterised IoT, to highly complex deployments with myriad inputs generation volume of data feeding various automating technologies,” the report says.

Unsurprisingly, large enterprises were leading the charge when it came to full implementations. The financial sector also generally had higher rates of adoption. In other sectors, CompTIA says adoption can be traced to need and relevant business value, such as robotics in manufacturing or augmented or virtual reality in retail.

Blockchain/distributed ledger technology ranked third for Australia – ahead of global figures which put blockchain fourth – with 22 percent having full production and 27 percent having limited use of the technologies. Another 30 percent are exploring blockchain/DLT.

Biometrics (18 percent in full production, 26 percent in limited and 32 percent exploring) and AI (17 percent/39 percent/19 percent) rounded out the top five for Australia.