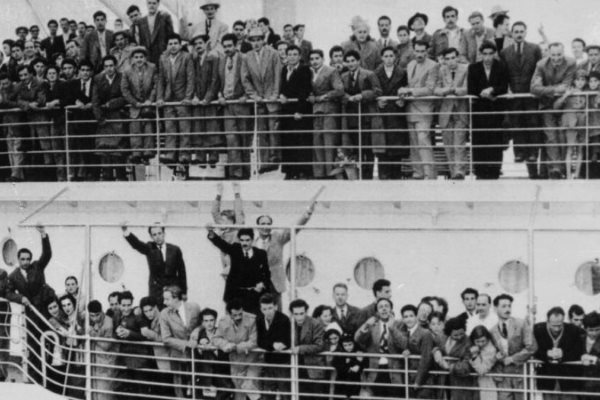 And a dumping for universally criticised Anzsco skills lists…

More than 500,000 temporary migrants have left Australia since the Covid-19 pandemic began, and borders were shut. The exodus has contributed to major skills shortages across many sectors, including technology and the outflow is expected to continue with net overseas migration expected to be in the negatives for 2021-22.

“Anzsco was not designed to underpin the various skilled migration lists and its shortcoming have been amply revealed.”

In its final report for its enquiry into  Australia’s skilled migration program, the Joint Standing Committee on Migration served up a raft of recommendations aimed at cleaning up and streamlining the skilled migration system. The recommendations include consolidating the skills list, replacing the Australian and New Zealand Standard Classification of Occupations (Anzsco) skills list.– also a bone of contention in New Zealand – and providing more concessions for regional visas. Allowing intra-company transfers, as a way to bypass labour market testing and bring in executives, is also among the recommendations.

Committee chair Julian Leeser MP, says “In this report, the Committee has made recommendations addressing a range of issues including a whole of government approach to address skills shortages, providing clearer pathways to permanency to and enabling the best and brightest international students to come and stay here to help us fill persistent skills shortages.”

With Covid continuing to rage around the world and borders in many cases closed to immigrant labour, issues with skills shortages have been worsening in many countries.

It’s a problem neighbour New Zealand is also beset by, with recently lobbying by tech industry groups including NZ Tech for some of the provisions included in the report apparently falling on deaf ears.

Last week NZTech CEO Graeme Muller hit out at the New Zealand government over its completely irrational’ ‘inaction over the deepening skills crisis.

The organisation has been pushing for changes to the Anzsco skills list, with Muller noting that many of the roles companies are requiring don’t fall into existing Anzsco listings.

“There is a mismatch between the understanding at immigration of what is needed by the industry, versus the lists or rules they are working off,” he told iStart recently.

But while New Zealand’s government might be turning a deaf ear to industry pleas for change – with both the Minister of Immigration, Kris Faafoi, and Minister of Finance Grant Robertson failing to respond to attempted communications on the matter – things are looking more optimistic for resolution in Australia.

The Joint Standing Committee on Migration’s report notes that skilled migration is one of the policy levers available to governments to address workforce shortages. “It is not the only lever – others include vocational and higher education and employment services programs,” the report notes.

Not all produce the same results in a timely way, however – something the report notes skilled migration can do.

Topping the list of recommendations are streamlining the skilled migration program by addressing ‘structural issues’ and providing all skilled migrants with a pathway to permanency, but with conditions and length of time to permanency varying, and an alternative system to replace the ‘universally criticised’ Anzsco to underpin the skills lists.

Many submitters and witnessed panned the Anzco lists, deemed ‘severely outdated’. The list is used to determine whether immigrants are eligible to qualify for a skilled visa in Australia. It’s also used in New Zealand.

“The Committee sees value in shifting to a new approach to underpin the skilled migration lists,” the final report says.

“Anzsco was not designed to underpin the various skilled migration lists, and its shortcoming have been amply revealed by the long period in which ABS has not undertaken a comprehensive update.”

ABS told the Committee that while an update of Anzsco is ‘not an insurmountable amount of work’ it is ‘a reasonably large undertaking’ more complicated than ‘just adding some extra names or job titles into that classification’.

On the matter of intra-company transfers, the committee heard 85 percent of business respondents to a Fragomen survey viewed the visas as an important priority for Australia’s immigration framework.

Provisions for intra-company transfers have been introduced by a number of other countries, including the UK which has an intra-company visa.

It’s a view supported by a number of other submitters, including the Government of South Australia and the Law Council of Australia.

The 110-page report also suggests greater co-ordination of effort across governments and jurisdictions to identify labour shortages and put in place the appropriate policy responses is needed.