News > Is workforce transformation the catalyst for digital success?

Is workforce transformation the catalyst for digital success? 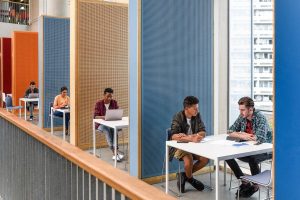 While digital transformation is the talk of the town, it’s another, closely aligned, transformation that could hold the key to business success – but it’s an area where Australian and New Zealand businesses are lagging behind their global counterparts.

The Economist Intelligence Unit research, commissioned by Fujitsu and Citrix, says 72 percent of businesses surveyed who had significantly exceeded their strategic objectives said ‘extensive’ workforce transformation had been a key process for their business in recent years.

The EIU defines workforce transformation as a ‘significant and deliberate change to the nature of your company’s employee base and the way in which it is deployed’. The process, it says, might include extensive retraining of staff, new work and management styles and changing the way in which a company hires employees.

“Investments in technology and employees go hand in hand.”

While only a teaser for the report has been released, it shows 83 percent of those surveyed cited investing in the right technology as a key initiative for workforce transformation. Increased salaries, and initiatives to improve the digital skills of a workforce took second equal place with 77 percent.

But Pete Swabey, the Economist Intelligence Unit editorial director for thought leadership, says the study suggests that rather than being an either/or choice for business, investments in technology and employees go hand in hand.

Among those surveyed who believed they had transformed extensively, two in five needed to make ‘considerable’ upgrades to their existing technology infrastructures to succeed.

Behind new technology adoption (56 percent), skills training and development (54 percent) was the second most popular measure.

The report follows a similar Citrix-commissioned Economist Intelligence Unit report earlier this year, which found that IT has a much larger role to play in leading employee experience than is often thought – effectively being the tool to ‘fix’ a broken employee experience.

The Experience of Work: The Role of Technology in Productivity and Engagement, says simplified access to technology is the missing puzzle piece, and companies which can put it in place can drive greater engagement, productivity and business results.

“Companies that use it to support new models for work and provide employees with tools that make it more efficient and meaningful can deliver a superior [employee experience[, and in the process not only attract the people they need but keep them engaged and productive and improve their business results.”

“To attract and retain talent in today’s tight labour market, companies need to rethink what ‘workplace’ means and create digital environments that accommodate traditional, remote and gig workers and deliver the tools and information they need to do their best work in a simple, unified way,” says Tim Minahan, Citrix executive vice president of strategy.

“When technologies remove friction, liberate and open new vistas, the boost to employee motivation can be considerable, usually to the benefit of customers and employers,” the report notes.