News > IT equipment dumped too soon say IT leaders

IT equipment dumped too soon say IT leaders 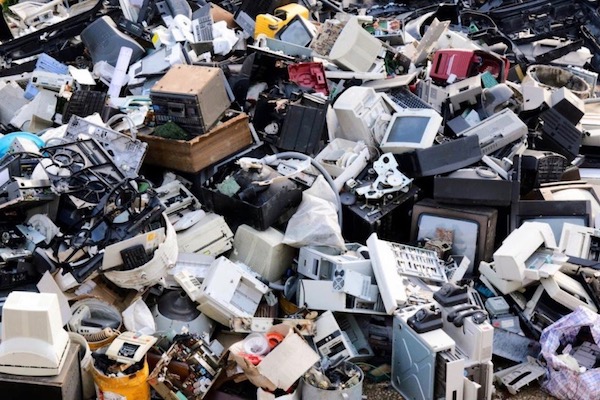 Enterprises are being lured into adopting new, flashy hardware, unnecessarily discarding devices as they go, despite proclaimed sustainability goals, with Australian companies among the offenders.

Seventy-two percent of IT leaders in Australian companies with 50+ employees say they believe devices are being disposed of unnecessarily – ahead of the global average of 69 percent. They’re being replaced, not because of actual lifespan, but instead because of their ‘expected’ lifespan, particularly in the case of tablets and laptops.

“With a rethinking around green computing, transformation can be achieved in tandem with, not in spite of, sustainability.”

The Reduce, Reuse, Rethink: From Discard Mentality to Tech Sustainability report, based on a survey of 2,500 IT executives globally, including 250 in Australia (New Zealand wasn’t included in the survey), from IoT vendor Soti highlights the huge volumes of wastage in enterprise IT hardware and suggests its time to adjust our mindset towards device preservation and a reduction of enterprise e-waste.

The large amount of devices IT leaders say are being replaced unnecessarily comes despite 59 percent of IT leaders globally, and 58 percent in Australia, having clear targets for reducing e-waste and 55 percent globally and 54 percent in Australia working towards corporate social responsibility KPIs around sustainable device management. Somewhat ironically, 54 percent of respondents, both globally and locally, say they have dedicated enterprise mobility management (EMM) strategies to maximise their usage of devices, but they’re clearly failing to reap the benefits of EMM solutions in extending mobile device lifespans.

The Waste Electrical and Electronic Equipment Forum says 57.4 million tonnes of e-waste was expected to be dumped in 2021 globally – up around two million tonnes on 2020, with claims Covid bears some of the blame with increased reliance on technology for both home offices and entertainment.

With the majority of emissions generated before a device is even used, there’s an argument for extending the life of devices.

But while sustainability and green might be (rightly) all the rage, IT teams are also charged with digital transformation goals and helping create a workplace where people want to work during heavy talent shortages. Sixty-three percent of respondents say having the latest hardware devices makes the company more attractive to workers.

Soti’s report highlights that strong conflict between the desire to  adhere to green computing goals while also achieving continuous improvement on the technology front – and a haste to dispose of products according to hazy lifecycle predictions, the arrival of an upgraded model or simply for the sake of change.

Of course, it’s not just about sustainability targets, with companies also wasting money through disposing of electronic devices prematurely.

Soti says while companies are budgeting considerable financial resources for the replacement of devices, very little budget is dedicated to extending the lifespan of devices.

It says 91 percent of devices used by enterprises have replaceable batteries, yet only 35 percent of IT leaders’ annual budget is earmarked for battery replacement.

“The research is clear – IT decision-makers are choosing convenience over sustainability,” Soti says.

“Devices aren’t thrown away accidentally. There is always a decision to be made. From this research it is clear that these decisions aren’t being made without a thought for sustainability. They are being made without the full knowledge of how sustainability can be achieved through hardware preservation in the face of digital transformation pressures. When attitudes around sustainability and how to achieve it change, it will become more convenient and simpler to implement and maintain.”

As to what to do, Soti suggests reassessing the extent of your company digital footprint and how expensive it is to retain existing strategies.

“Every time these operational, supply chain or administrative devices are replaced, time is spent integrating, people need training to get up to speed and money is wasted achieving both. That’s before you even get to the waste discussion.”

Globally, right to repair legislation, requiring manufacturers to make it easier for devices to be repaired and defective parts replaced, is gaining a foothold, albeit focused more around the consumer side of the market. US President Joe Biden signed an executive order requiring it in the US last year and appliance manufacturers in the UK are now required to have spare parts.

In New Zealand, David Parker, Minister for the Environment, flagged last year a desire for a Waste Minimisation Act review to include a right to repair.

Australia too is seeing increased demand for right to repair.

Unsurprisingly for a company which offers an EMM solution, Soti also suggests using digital solutions to prolong digital lifecycles, investing in an outsourced solution that encourages the monitoring diagnosis and repair of existing devices.

Using the same rationale when it comes to monitoring battery lives is also advocated.

“Making this breakthrough could be the trigger for a broader mindset shift where diagnose and repair becomes more commonplace than discard and upgrade,” the report notes.

“With a renewed understanding and rethinking around green computing, transformation can be achieved in tandem with, not in spite of, sustainability.”