News > ‘Je suis millennial’: Prepare for the next generation of customers

‘Je suis millennial’: Prepare for the next generation of customers 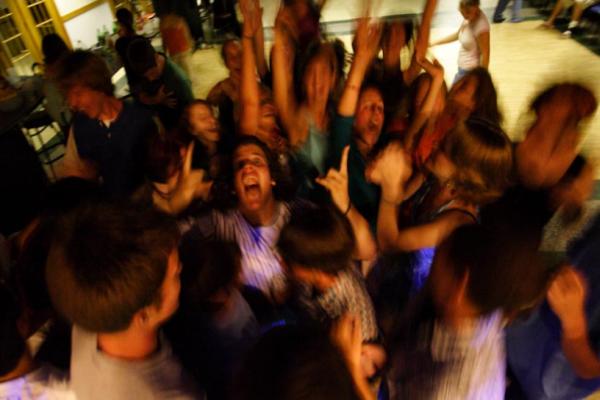 While we at iStart tend to be wary of pigeonholing vast numbers of people into convenient generational batches, there is little question that society changes and the people who are its constituents along with it. The current crop are ‘millennials’, usually best said with a sneer, and generation Z. Just how should your business go about meeting their ostensibly petulant and capricious needs as customers?

That’s what we wanted to know from Gartner analyst Olive Huang. First off, on millennials, iStart proposed ‘je suis millennial’: we all fiddle obsessively with those damned smartphones, and a good many fully grown people spend inordinate amounts of time on ‘social media’, to the exclusion of the flesh and blood people in their immediate presence (one such situation arose at the recent CIO Summit dinner, where a ‘highly networked’ chap was so busy working the room he couldn’t have a conversation with the people sitting to his left and right).

Huang laughed and immediately agreed. “Plenty of adults are worse than millennials. My 75-year-old aunt was glued to her phone at the dining table…”; at least she was among family.

So, it’s not, after all, just those annoying youngsters; we all have the capacity to be self-absorbed douchebags relentlessly seeking the empty validation of ‘likes and shares’.

But it is customers and their behaviour which is Huang’s remit; she noted that millennials (sneer) were born between 1980-94, while Zeds fall into the wide space from ’95 to 2009. And though they rub shoulders, generationally-speaking, she said they are very different. Firstly millennials (and, arguably, why they inspire odium). “They overshare, they are risk takers, they don’t listen to the brainwashes of corporations, they collaborate and they have ‘FOMO’. They are behind the social media bragging,” she explained.

We’re going to be charitable here, and again point out that these behaviours are (sadly) far from limited to a narrow band of people by dint of their birth year. And note, too, we can’t rule out that they may just have some redeeming characteristics).

Gen Z on the other hand, “Are quite different. They are more globally aware, financially prudent, know more than millennials did at the same age, are independent but quieter without the oversharing and FOMO symptoms,” said Huang.

There’s a cynical streak too. “‘So what’ defines the next generation customers,” she added. “They don’t trust brands. They want peer validation, they understand the power of crowds and, especially for Z, they are tech savvy and addicted to devices, social imperatives and want to make a social impact.”

One is tempted to, like the character Thiemann in the Hans Johst play Schlageter, ‘Release the safety catch on my Browning!’ But again, we all have these characteristics to some degree or another. And those Ms and Zs are our sons and daughters and are surely not just all that.

Targeting these fickle, well-informed (or, indeed, well-misinformed – their primary source of fake and other news is Facebook) and sceptical new customers, Huang explained, depends on understanding five characteristic behaviours and targeting strategies accordingly.

If these behaviours sounded an awful lot like the behaviours which customers have exhibited since time immemorial, you’d not be far off the mark. “That’s a very good point,” said Huang, “But the real difference today probably isn’t so much the ‘what’, but the ‘how’. You need to look at how you can address these behaviours and expectations today, using technology to stay ahead in a competitive marketplace.”

Of course, the orthodoxy is that the world has to change to accommodate the next generations. The odd radical might like to step up and point out the immortal words of Stephen Crane’s short poem:

A man said to the universe:

“However,” replied the universe,

“The fact has not created in me

A sense of obligation.”

Millennials and Zeds, in other words, might impact the existing mass. But like all masses, this one has inertia. And like all the preceding upstart generations, this latest batch will soon be middle-aged and shaking its heads at the folly of those which follow.