News > Will they bend or break? Avoid contorting knowledge workers

Will they bend or break? Avoid contorting knowledge workers 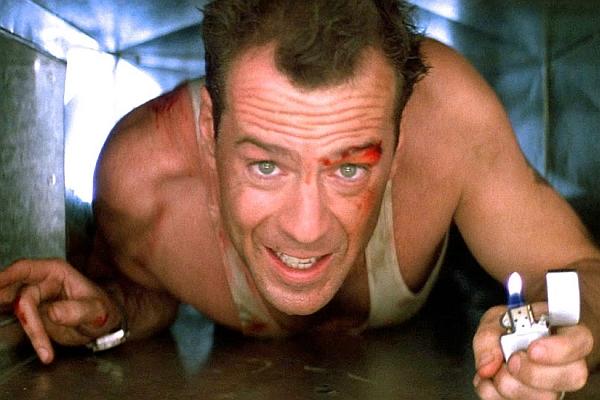 “Mostly,” said Farmer, presenting to the big data and analytics faithful at an Auckland meet-up this week, “people are just trying to do a better job. It’s when they are prevented from doing so that they will resort to crawling into the Nakatomi space to get things done.”

“They don’t want to go there, but are forced there by security policies that prevent them doing a better job.”

US-based Scotsman Farmer cut his “decision support” teeth in the land of Microsoft, building SQL Server’s analytics tooling, and then sharpened them on Qlik’s product management, innovation and product design – all in the years before big data, cloud and data lakes were ‘things’. He also introduced iStart readers to the ‘uncanny valley’.

He cautioned attendees to “beware the illusion of control”.

Farmer harked back to a story of the ‘The Cappuccino File’ of which he learned when doing some consulting work for a stock broking firm. “The best brokers all wanted to work with high wealth individuals and so needed detail of who those people were and their portfolios. We discovered they had access to a mysterious .csv file that included every pertinent detail.”

Why Cappuccino? That was to remind them of the cost of thanking the sysadmin guy who had hacked the mainframe to get his hands on the data – a daily cup of his favourite brew.

Farmer noted that you’ve got to decide if you want security (“a better lock on the front door”) or privacy (“better curtains on the windows”).

Security, however, wasn’t the theme of his presentation. The door and curtains analogies were about emphasising the importance of talking in terms that people can understand when discussing the realm of data, cloud and analytics – topics that are on the agenda of most organisations in one form or another.

“There’s too much ‘cloudiness’ in how things are discussed around the cloud. There isn’t such a thing as a ‘cloud’ – it’s just too vague to be useful,” Farmer said.

He also drilled in to the notion that data preparation needs to precede data analysis – a knot that many a data project has failed to unravel.

In Farmer’s view, data analysis is preparation and vice versa – one leads to the other in a loop of self-discovery, resolution and incremental improvement.

Using visualisation tools on imperfect data is often seen as a business risk, but Farmer argued that allowing self-service facilitates easy visualisation of complex patterns or outliers that are otherwise very hard to define and address.

His message to data project teams is to “be more literate, be more literal and strive to be clear and specific when you are discussing these complex issues.” Fail to do that, and you could be forcing business users keen to leverage data analysis tools into their Nakatomi space.

Farmer’s co-presenter in the Q&A, Wherescape founder and president Michael Whitehead – never one to shy from a sales plug – had some advice of his own. “While we all struggle with the latest hyped terms from Gartner or others, they are useful. They help build a business case; your boss will probably think they need some of that, is more likely to sign off on spend, and they help build a definition around what you’re trying to achieve.”

The meet-up was organised and hosted by Wherescape’s BI & data services arm NOW Consulting, and Farmer’s trip down under was sponsored by Qlik.