Making low-code work for your business 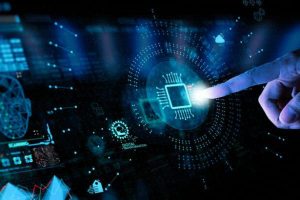 No cost savings, but there’s a productivity payoff instead…

Low code might be hot right now, but it’s also filled with pitfalls for the uninitiated – starting with the misconception that low code equates to cost savings.

Adrian Leow, Gartner’s Sydney-based senior director and analyst for app development and blockchain technologies, says low code has been the hottest topic for Gartner customers for the past 12-18 months.

“You’re not going to get cost savings here.”

Locally, Leow, whose brief covers multi-experience, mobile and blockchain as well as low code (which is a subset of the multi-experience development platform category), says about 70-80 percent of all client calls he receives – around seven a day – are purely about low code.

It’s not just companies wanting advice on getting into low code. Many are already using it but finding their current solution doesn’t quite fit the brief.

And a key issue is pricing.

“One thing to be clear, organisations shouldn’t be looking to get a low code tool thinking they’ll be getting a cost saving because they don’t have to pay high cost developers,” Leow told iStart. “You’re not going to get cost savings here.”

In fact, for LCAPs which can be used by the full spectrum of users, from citizen developers on the business side to more pro developers (and more on why that’s important later on), Leow says ‘you’re probably going to be paying quite a lot on licensing’.

That misconception has resulted in plenty of angst for local companies.

“In a number of instances companies who have gone with particular low code tools didn’t anticipate the cost that the actual licensing and pricing structure that would come with it.

“For a lot of small to medium organisations that can be too much, depending on who they went with.”

Instead, he says, the benefits come in higher productivity, with a wider pool of people able to create apps. And those ‘citizen developers’ in the LOB know the processes better than anyone.

“When they’re armed with the tools to create apps based on their own processes, they’re going to create apps that are more useful to them than IT living in a vacuum trying to gather requirements and figure out what each business unit needs as an app,” he notes.

Indeed, low code providers have reported an uptick in the use of their tools in 2020 (not an uptick in sales or new agreements, it should be noted) and it’s one Leow is attributing, at least in part, to the remote working. Rather than being chained to desks, workers have been taking advantage of the flexibility or remote working to go out and do errands during work hours. That’s requiring mobilisation of tasks previously done on the desktop or in paper form.

But he also cautions that most apps developed with low code tools are likely to be low hanging fruit – productivity apps in terms of you might be converting an existing form that is paper based or desktop based into an app, or creating an approvals app for HR, a manager or sales rep on the road, those sort of things that involve a bit of workflow.

“Low code tools aren’t being used as much for heavily complex transaction apps.”

There are tools that enable more complex app development using low code. Leow is reluctant to play favourites by naming any specific vendors, however, he notes that companies in the Multi-experience Development Platforms Magic Quadrant which cross over into the LCAP Magic Quadrant can do the more complex app development because that’s what multi-experience is all about. Those companies include Microsoft, Salesforce, Pega, Appian, ServiceNow, Outsystems, Mendix and Oracle.

Be warned: It’s a convoluted market, with more than 180 application platform providers. Add in providers of low code tools – as opposed to a full platform – and you’re looking at around 300 vendors.

Handholding required
Leow says another pitfall is companies not understanding that low code tools will require handholding by the IT team.

He says he often hears complaints from companies that have installed a popular low code tool into their business expecting their line of business to produce productivity apps.

“Usually what happens is after a period of time we hear from them and they complain it didn’t work out to be low code as they expected, that it required more support, and seems like a waste of money.

“The problem was they thought they could just pick a popular tool, drop it in and let it go.

“It doesn’t work that way. It’s not a plug and play, see you later exercise. IT very much has to be there with the business.”

Instead, Leow says companies need to identify the user persona’s within the organisation – again, from the citizen developer side through to the pro developer side.

“Pick a tool based on that, but when you put it in as IT you need to put in all the practices of full support and help desk processes. You need to make available the training documentation and put in a governance process around how these different apps are going to be built and deployed.”

And if a tool has an app template as a number do, expect the IT team to have to create the first few templates, rather than expecting LOB to understand how to do so. APIs too, are daunting for the average user, despite the more visual low code tools available to create them.

“This is why we talk about empowering the citizen developers with IT supervision by creating what we call fusion teams – essentially putting together IT and the business to work together to make it happen,” Leow says.

Creating evangelists within the LOB citizen developers is key in taking some of the burden off IT teams and, crucially, driving adoption of the tool, justifying the cost of investing in it in the first place.

But expect too, that your developers will also be embracing low code tools. Leow says while business analysts are using the tools most according to Gartner surveys, app developers are nipping at their heels.

“The reason for that is simple: As a human being, as a consumer, we want to find better, smarter, easier, more efficient ways to get things done. And if a low code tool is going to help me as an app developer to roll out some productivity apps to some LOB that need it, or I can create some productivity apps for my own use very quickly, then I’m going to use it.

“That’s why we find it is not just people with no coding ability that are using it. It is actually people with more tech skills included in there.”