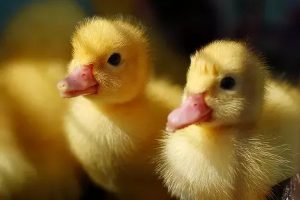 Manufacturers are being targeted by a new malware variant which is exploiting flaws in IoT devices using Windows 7, including smart printers, smart TVs and heavy operational equipment.

TrapX says the campaign, which uses a self-spreading downloader that runs malicious scripts as part of the Lemon Duck malware variant family, has targeted a range of devices at several manufacturer sites.

“The manufacturing sector faces large challenges due to its reliance on embedded devices running legacy operating systems,” TrapX says. “These devices cannot be updated easily, and most often need to be replaced in order to upgrade to new, more secure operating systems.

“The existence of devices running legacy operating systems leaves these networks open to the campaign causing risks to employee safety, disruption of production and, in some cases, loss of sensitive data.”

TrapX says several of the world’s largest manufacturers have been infected.

In each of the three cases outlined by TrapX, Windows 7 un-patched vulnerabilities, including ones tied to Microsoft’s implementation of the Server Message Block protocol, were exploited as a starting point. SQL injection attacks against vulnerabilities in the MySQL database application were also launched.

The attacks were first seen in October 2019. Back then Latin American manufacturers were the focus, but that attackers are going global with companies in North America, Africa and the Middle East among those targeted.

“The SOC investigated the source of infection and found it came from the supply chain as the device was infected at its original manufacturing site. A lack of Windows 7 security enabled the malware to spread rapidly.”

Other AGVs on the network were also found to be pre-infected with the malware.

“This is a common example of a supply chain attack,” TrapX says.

“Such supply chain attacks are becoming more common as outside partners and providers gain more access to systems and data. This unavoidable reality increases the risk for new types of attacks.”

Good hygiene can go a long way in helping prevent issues, however. Mitigation tips offered up by TrapX include enforcing strong password policy across all networks and subsystems, keeping systems patched and Windows virus and threat protection on, and using web gateway, endpoint and email protection technologies.