News > Measuring the swing to digital

Measuring the swing to digital 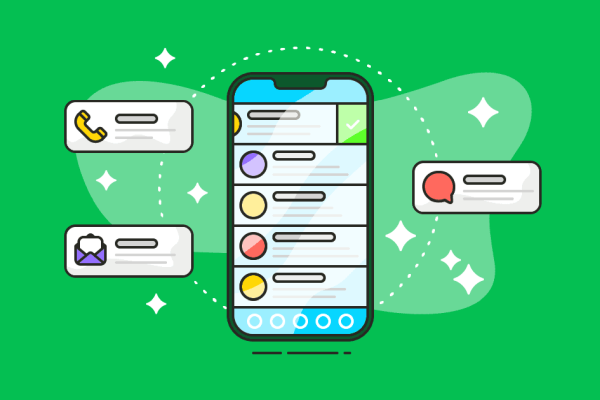 ANZ bank is among the many New Zealand and Australian businesses reporting a dramatic increase in customer interaction via digital channels thanks to Covid-19, with indications it’s a change that’s going to stick.

“Digital has taken off massively and we will continue to put resources into it.”

“We will see what the future brings, but early indications tell us that shift to digital will endure,” he says in a LinkedIn post.

And ANZ isn’t on its own in reporting dramatic growth in digital engagement on the back of Covid-19 and its lockdowns.

Countdown’s Olive chatbot, which launched on the Kiwi supermarket chain’s website in late 2019, saw a dramatic surge in interactions – from around 1,000 queries a month to more than 20,000 a day.

Sally Copland, Countdown general manager digital, says plans to bring Olive to life slowly were thrown out the door when volumes exceeded 20,000 conversations a day during the period before lockdown and the lockdown itself.

“Thanks to some hard work and quick thinking by our team, we were able to introduce live chat with Olive in just five days, and this proved invaluable throughout this incredible challenging time,” Copland says.

Copland says the volume of conversations has stabilised since lockdown, with Olive now answering about 3,000 customer queries a day.

“We have seen that our customers have continued using Olive for their self-service needs such as reporting a damaged order or keeping up with news about our great food and great prices. It’s quick and easy for them,” she says.

“We were really fortunate that Woolworths Group had set up the essential infrastructure, and we also used Google’s Dialog Flow to power conversational AI,” Copland says of coping with the surge in demand. “We worked with ClearPoint to implement DevOps/CICD practices to enable regular, fast and safe deployments (such as a release to customers within 15 minutes). We also have a huge opportunity to integrate with existing systems within Countdown over time to deliver on connected customer goals.

She says going forward, Olive will also help identify areas for improvement in Countdown’s online shopping experience. “People can ask anything so it’s also going to be key for us to continuously add new content that’s recent and contextual.”

The insurance sector too, is reporting a swift move to digital channels for its customer interactions. One large insurer says it has seen a ‘real shift’ in customer interaction coming through web chats and forms where customers haven’t previously engaged.

“Digital has taken off massively and we will continue to put resources into it,” one large insurer says.

Meanwhile, Kiwi power and telecommunications company TrustPower says 79 percent of customer interactions in the past year were via its digital platforms and virtual workforce – an increase of 11 percent year on year.

In the first two weeks of lockdown, TrustPower logged 251,000 customer interactions, the highest number of enquiries on record.

“We have invested over the past two years in customer-centred digital channels, and 85 percent of those interactions were able to be serviced by virtual agents, bots, the Trustpower app and our website,” the company’s annual report says.

The results echo a recent report from ‘conversational commerce’ and AI software provider Liveperson, which found a near six-fold increase in the numbers of Australians using messaging channels such as Facebook Messenger, WhatsApp and SMS to communicate with brands since 2019, with that trend accelerating during Covid-19.

Messaging volume increased by 20 percent in one week and 39 percent in the three weeks between mid-March and early April when global call centres were impacted by lockdowns in countries such as the Philippines.

But the increase was being seen pre-Covid. LivePerson’s Consumer Preferences for Conversation Report notes that messaging is growing by 15 percent each month. It’s now more than 77 percent higher than it was at the start of this year.

Andrew Cannington, LivePerson’s Asia Pacific general manager, says the Covid-19 lockdown saw takeup of messaging channels skyrocket as companies were first overwhelmed by surges in customer enquiries and then disrupted by the closure of call centres and storefronts.

“However, this shift from voice to messaging-based customer conversations has not happened overnight,” Cannington says. “It has been driven by customer demand for thigns to be done differently.

“The reality is that most of us don’t want to pick up the phone and wait on hold. We’d rather use SMS, WhatsApp or Facebook Messenger when it suits us, like we do with family and friends.”

Back over at ANZ Bank, the digital engagement uptick highlights the bank’s overall evolution – and innovation – during Covid, which also saw 50,000 staff move to work from home over a three week period.

“In just weeks ANZ has experienced more change than in my previous four years as CEO,” he says. “This does stress test an organisation’s culture, values and agility.

“One of the take-outs from the ‘retro’ for my executive committee is ensuring we adopt and sustain new habits and change some behaviour – like using less PowerPoint – and continue to make bold decisions rapidly, even with imperfect information.”