MS banking on AI, not journalists 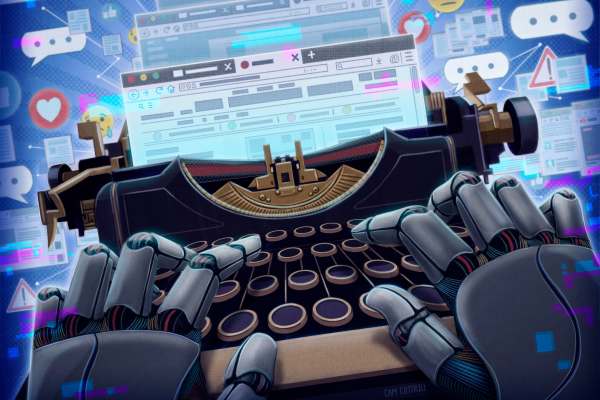 Tech multinational Microsoft is rightsizing its journalist pool, and the new vacancies are likely to be filled by AI.

Come July, Microsoft will drop the proverbial axe on dozens of its news curators in favor of a more robotic approach to content generation.

The employees – who are contract workers curating material for Microsoft’s MSN news site and the Edge browser homepage – were told last week that their contracts won’t be renewed come July. Expected layoff numbers range from around 50 to more than 75.

“These decisions are not the result of the current pandemic.”

Despite the short notice – and human cost – Microsoft says that the decision is ‘not the result of the current pandemic’.

Rather, it’s business as usual, says the US$12 billion tech giant, and ‘part of a global shift away from humans in favor of automated updates for news’.

“Like all companies, we evaluate our business on a regular basis,” the company says in a statement.

“This can result in increased investment in some places and, from time to time, redeployment in others.

“These decisions are not the result of the current pandemic.”

When it comes to Microsoft’s news aggregation, that means a switch from flesh and blood content curators to a more robotic approach.

Microsoft generates no original content for the MSN site. Rather, it redistributes content from other sites, sharing advertising revenue with the producer. Selecting that content has always fallen to humans in the past, but now, that task will be performed by an AI algorithm that can identify trending stories on other websites, re-write headlines and even gather and publish additional supporting material.

According to a source at Microsoft, a semi-automated system – which will now take a greater share of the content sourcing job – has been up and running for some time.

The move is part of an industry-wide shift. Bloomberg and the Associated Press have both experimented with automated news gathering in the past and Google has a long-standing interest in using AI to power its reporting capabilities. In 2017 the search giant awarded a grant worth around NZ$1.4 million to the UK Press Association to run an automated news service known as ‘Radar’ (Reporters And Data And Robots) – a fusion of journalism skills and AI tools to ‘generate stories in hours, not days or weeks’.

In June 2018 the tech giant launched a daily news service for UK newsrooms powered by both artificial intelligence and traditional manpower. In the two years since, the team of five (human) reporters, bolstered by Google’s AI technology, has filed more than 250,000 articles.

Microsoft has been investing heavily in AI technology to inform its search, language and translation capabilities, drone technology, as well creating one of the world’s most powerful supercomputers for the use of OpenAI, a San Francisco-based artificial intelligence company. Last week the company also announced that it would be embedding Microsoft Azure AI capabilities into Sony’s IMX500 image sensor, which extracts useful information out of images in smart cameras and other devices.

As clever as the technology is, the news comes at an already difficult time for journalism and the publishing industry as a whole. In Australia more than 150 newsrooms have closed since January last year. In recent weeks both Mediaworks NZ and NZME have announced staff layoffs in the hundreds, and in April, German-owned publishing group Bauer abruptly closed its New Zealand operations, affecting hundreds of Kiwi staff.

“Publishing in New Zealand is very dependent on advertising revenue and it is highly unlikely that demand will ever return to pre-crisis levels,” said Brendon Hill, Bauer’s ANZ CEO at the time.

“This is a very difficult time for the entire media industry.”

That it is, and in addition to the clear human cost, the replacement of flesh and blood journalists with AI brings up another question: If what is being reported is incorrect, who’s to blame?

On that, we’re still waiting for an answer. For now, human checks and balances – imperfect as they are – are still in place at MSN. But with one estimate proposing that by 2025, 90 percent of all news stories on the internet will have been written by AI, the question is: For how long?